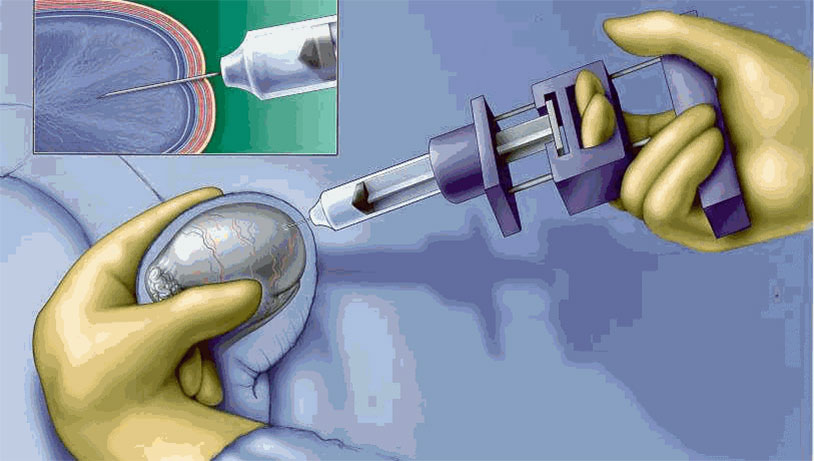 Losing reproductive functionality is one of the biggest fears among men with not only testicular cancer but other conditions. Scientists are always working on finding new ways to help these men out, and one technique – sperm aspiration – is delivering dividends.

The condition in question here is sarcoidosis, an inflammatory disease that causes abnormal masses called granulomas to grow in various locations around the body, including the lungs and lymph nodes. It can also affect many other organs, including the testicles. When it does, the flow of semen can be impeded. The granulomas can develop in the passages that sperm travels through, preventing them from being released during intercourse.

While removing these blockages is sometimes accomplished through steroids or other treatments, they can sometimes prove resistant. The case in question involves a man who suffered from the condition for two years without relief and wanted to father more children. Doctors used a technique called sperm aspiration, in which a small needle is inserted into the testicle and used to extract the reproductive cells.

The procedure was successful and the man and his partner used IVF to father a healthy baby boy. Doctors are recommending that sperm aspiration be considered for other patients unable to concieve due to sarcoidosis.