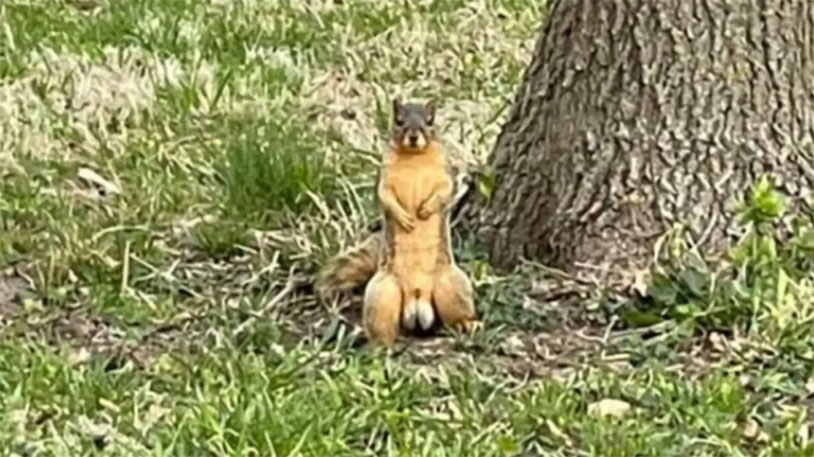 If there’s one thing that can really throw off a dog walk, it’s when your canine companion spots a squirrel. Those nut-gathering rodents are irresistible to dogs. When they spot one, they’ll haul on that leash as hard as they can to try and convince you to let them give chase. But a dog walker in Missouri got a real shock when her pet spotted a very unusual rodent.

Sarah Lenzenhuber was taking her dog out for a short walk outside her apartment when a squirrel caught their eye. Unlike your typical specimen, this one had an enormous pair of testicles dangling in between his legs. Not only that, the critter had some extremely unusual muscle definition. She snapped a photograph that quickly went viral on social media.

Squirrels with large ballsacks aren’t tremendously uncommon. The animals have large testicles because multiple males can mate with the same female. When that happens, the more sperm the prospective father produces the better. So they’ve evolved to have outsized gonads to make as much as possible. The muscle development is similar – the small animals are deeply efficient and scientists have even discovered that they can build muscle mass while hibernating in the winter. When you combine the two, you get a seriously manly little mammal.