Squirrels Are Really Good At Organizing Their Nuts 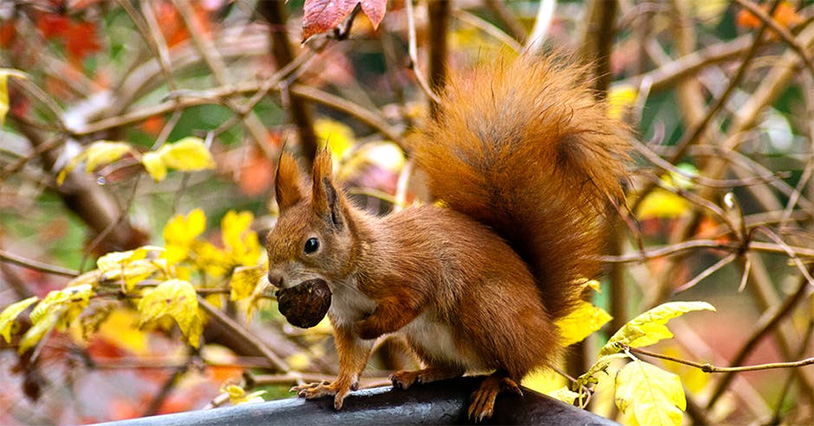 Quick question: how organized are your closets? If you’re anything like we are, they’re probably more than a little embarrassing. But now we have something even worse to feel bad about, because some recent studies indicate that squirrels might be better at keeping their nuts organized than we are.

Published in Royal Society Open Science, the study examined the hoarding behaviors of squirrels. The rodents are well known to harvest nuts and seeds and place them in discrete caches around their territory to recover when the weather gets cold. But what they learned is that the animals are actually making a number of remarkably complex decisions involving the quality and type of each nut.

Eastern fox squirrels were given four types of nuts – almonds, pecans, hazelnuts and walnuts – and watched to see what they did with them. Without fail, the animals sorted the nuts by type into four different stockpiles no matter what order they were given in. The researchers then made things more complicated by distributing nuts from multiple locations, and the animals attempted to continue their organization but eventually failed.

So what’s interesting here is that squirrels are using the memory method known as “chunking” – keeping similar objects together to conserve recall space – but it’s overridden by other factors as their procedure grows more complex. The scientists speculate that the increased cognitive load of sorting nuts in multiple places and bringing them to their appropriate spot is too much of a tradeoff to make in exchange for faster and more efficient foraging, but they still don’t know.

It’s fascinating to watch the minds of these lower mammals and see how their lives are similar to ours. Humans use chunking as well to remember things – why do you think credit card numbers are all separated in groups of four? Additional studies in the animal kingdom could tell us even more about how our own brains organize.