Squirrels Use Porsche 911 To Store Nuts For The Winter 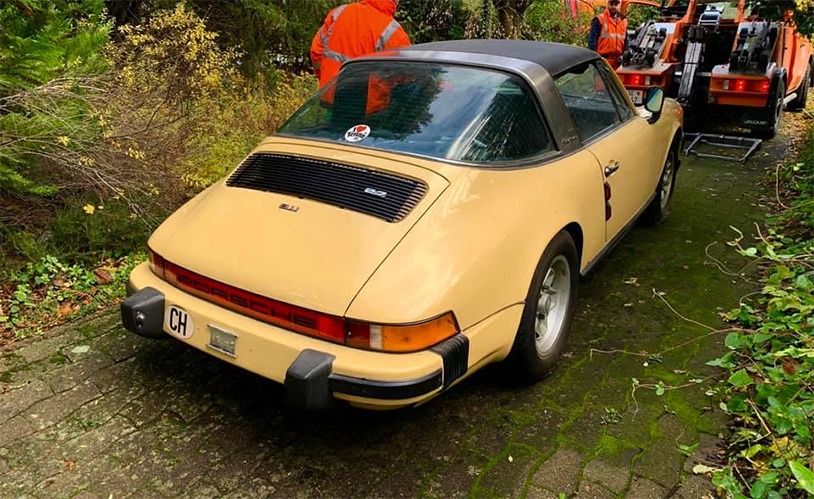 It’s always a shame to see a classic car fall victim to the ravages of time, but this Porsche 911 that was found in Geneva, Switzerland is ridiculous. The Centre Porsche Geneve posted a set of pictures on their Facebook page of a totally sweet 1974 Porsche 911 Targa that squirrels had apparently been using as a nut depository.

When the tow crews opened up the rear engine compartment to check on the condition of the vehicle, they were shocked to see literally thousands of nuts and empty shells filling the entire space.

Aside from the buildup of nuts, the car looks to be in remarkably good shape. The animals didn’t take the opportunity to gnaw through any wires or cables, and there’s very little rust or decay seen inside or out. It must have been parked in a place relatively insulated from the outside world, but open enough that critters could get in. A good cleaning might be able to restore this lovely old Porsche to full working order.

In good condition, a ’74 911 Targa can fetch a little under $30,000, but driving them in the States is a tough sell because of the many shortcuts taken on the emissions system, which uses a thermal reactor and won’t pass a smog test pretty much anywhere.