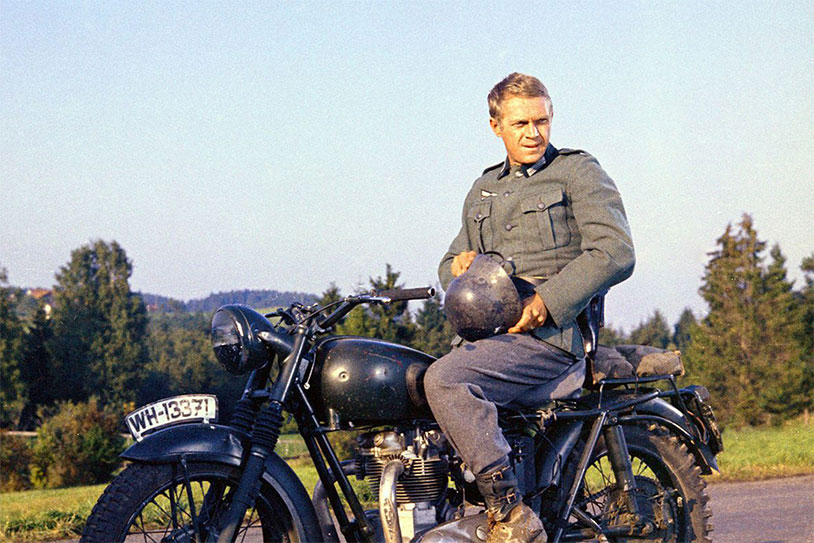 When you talk icons of masculinity, the name Steve McQueen has to be on that list. The actor was known as the “King of Cool” for his performances throughout the 60s and 70s, playing rugged individualists who marched to the beat of their own drum and scoffed in the face of danger. By 1974, he was the highest paid movie star in the world. The dude was truly ballsy, and some recently released information about his custom motorcycle may shed light on just how ballsy he was.

McQueen was known for his affection for vehicles, and one of his favorite rides was his Triumph motorcycle that he rode in The Great Escape. That movie’s trademark stunt – the jump over the prison wall – was actually performed by rider Bud Ekins, because the studio was concerned that it would go wrong and their marquee star would injure himself.

Ekins also customized the bike, and one of the most unusual changes he made to the stock model was the addition of six inches of padding in the seat to protect Steve McQueen’s big old balls. The bike already had a Girling shock, but Ekins didn’t want to risk jamming his nards hard on the landing.

If you want to see it for yourself, take a trip to the Triumph home office and museum in Hinckley, England. They have McQueen’s bike on display along with several other notable cycles from the company’s century-plus history.