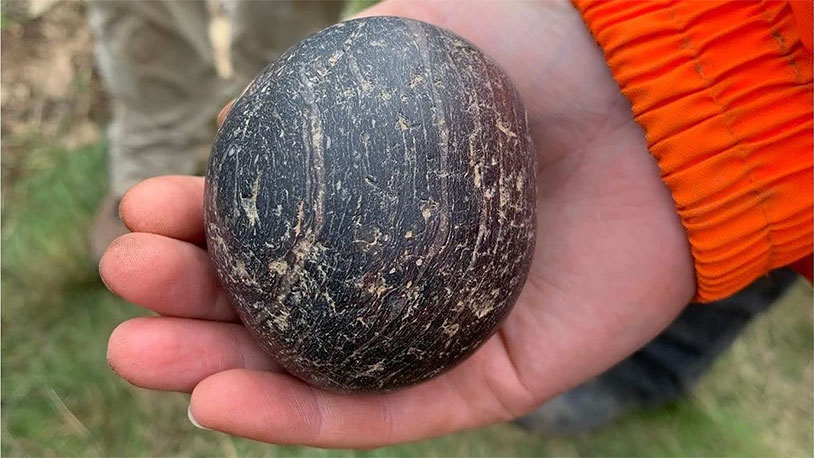 Our ancient ancestors had a number of hobbies that they spent time doing in between hunting and gathering, and one of the most mysterious is the creation of smooth, polished stone balls for an unknown purpose. Now a new archaeological dig in Scotland’s Orkney Islands has turned up two of them in a tomb, lending more speculation about what they could be used for.

The balls were found in the Tresness stalled cairn on the island of Sanday, one of the many small landforms in the Orkey archipelago. The tomb is one of Scotland’s oldest monuments, believed to be used by the people living in Cata Sands nearby. It was first opened in the 1980s, but the current excavation began in earnest in 2017. Because sea erosion is eating away at the site, scientists are working with haste to get everything catalogued and documented before it’s eaten away by the ocean.

Two of the balls were found there, a rare few that were discovered along with dead bodies.

One of the theories about the use of the balls is that they were employed as weapons, which is backed up by skulls found elsewhere in Orkney with injuries that look like they were caused by their impact. But we may never know!