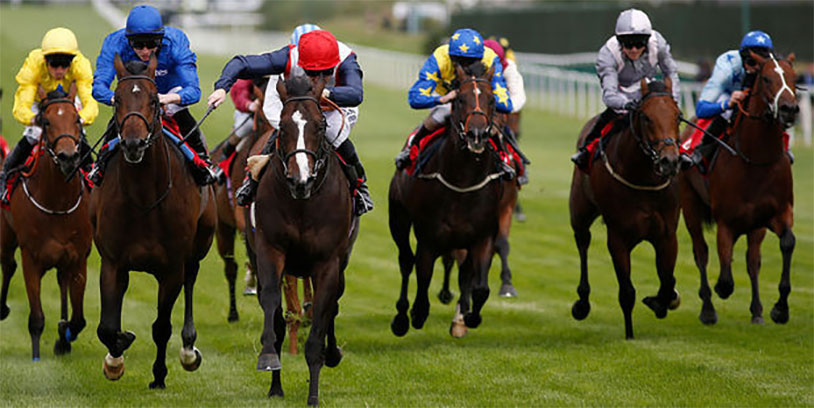 Horse racing isn’t what we’d normally consider a dangerous sport, but a rider at Sandowne over the weekend had a close call with a golf ball that could have resulted in serious injury. The jockey, Kieren Fox, was riding Luxford in the British Stallion Studs EBF Maiden Stakes. Towards the end of the race, he suddenly listed over in his saddle and flew off.

Upon reviewing the videotape, it was revealed that a stray golf ball from the nearby Sandown Golf Course had somehow managed to be hit all the way over to the track and impacted the jockey on the side of the head. This qualifies as a freak accident, but it’s not the first time it’s happened at Sandown. Here’s a video so you can see the event in greater detail.

The ball was laying on the turf when one horse’s hoof knocked it back up into the air. It hit a second rider, Charlie Bennett, and disrupted a few others. Thankfully for Fox, he was able to brush off the incident and continue racing, and later in the day he rode First Experience to a championship finish in the Kingsway Claims Fillies’ Handicap.