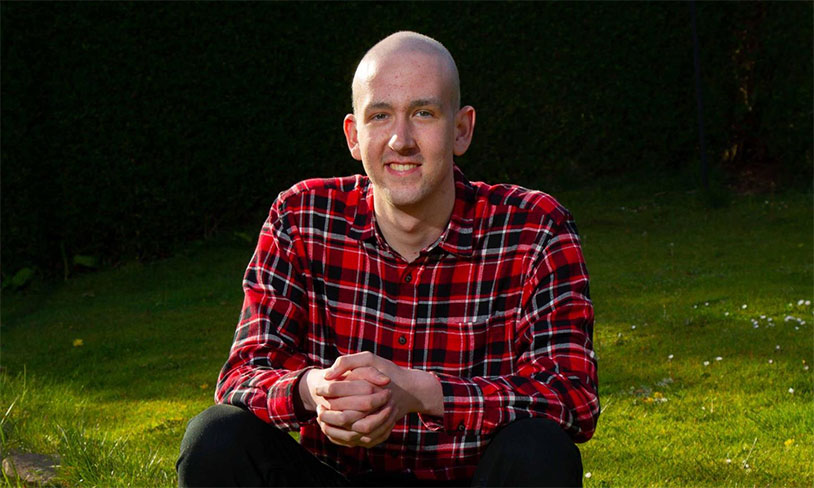 The thing about testicular cancer is that, even though the odds increase as you get older, it can strike at any time. Case in point: a British student who was diagnosed with the disease just as he was getting ready to step into manhood. William Morrison discovered that he had testicular cancer just before Christmas of last year, and he vividly remembers the difficult phone calls he made to his mother and girlfriend.

“The hardest phone call I had to make was to my girlfriend, Alesha, as I didn’t know what her reaction would be. Fortunately, she stuck by me and has been one of the best and most helpful support systems I have had, second only to my mum.”

Morrison was a student prefect at Harris Academy at the time, and had been experiencing on and off testicular pain for about a year. He was also feeling mental health symptoms and had been placed on antidepressants, but it’s quite possible that some of those were caused by malfunctioning hormones due to the tumor in his testicle. He also had vicious, brutal migraines. In late 2020, the symptoms were so bad he was sent home from school and finally saw a doctor about them.

As you’d expect, his cancer diagnosis was quick and unequivocal. An ultrasound revealed a large and aggressive tumor in his right testicle, mandating its removal. A month later, he was told that the cancer had spread into his abdomen and was put on a course of chemotherapy. Now he’s in recovery and urging fellow men to seek help immediately if anything feels weird down there, saying “Cancer doesn’t care who you are, how old or young you are, it doesn’t care what race or gender you are, it doesn’t care if you are at school or in a care home. It is a cruel and ruthless thing. So, getting diagnosed early is vital in beating it, so please, please, please get yourselves checked.”

Read more at The Courier.