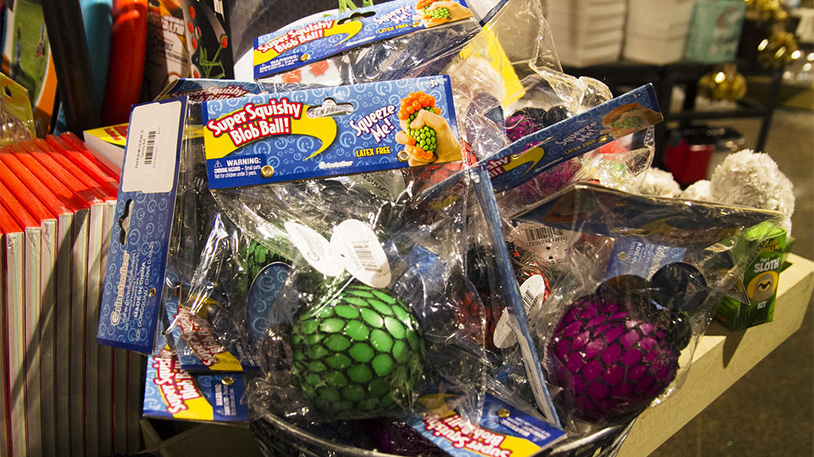 Working at Wal-Mart can be tough, but employees at the massive retailer have a new source of stress this holiday season: Super Squishy Blob Balls, which are spontaneously exploding on shelves and leaving a hell of a mess behind. Employees in nine states have reported the issue with the toy, which is made by a company called MB Wolverine.

Super Squishy Blob Balls are one of a number of popular “stress ball” type toys that consist of a gelatinous liquid core within a sturdy but flexible outer shell. What appears to be the case with this recent batch, which has store workers complaining that they are defective, is that the outer layer has a manufacturing flaw that causes them to burst and ooze goo everywhere.

One former Target worker described the blob balls as the “bane of his existence,” claiming they would pop on a regular basis and leave puddles of slime behind that would be a nightmare to clean.

A spokesperson for MB Wolverine stated “The Company is proactively and voluntarily in the process of replacing all affected Super Squishy Blob Balls at retailers nationwide.” The toys have been sold for five years and are stocked by 35 retailers nationwide, and this is the first major complaint that the manufacturer has received.