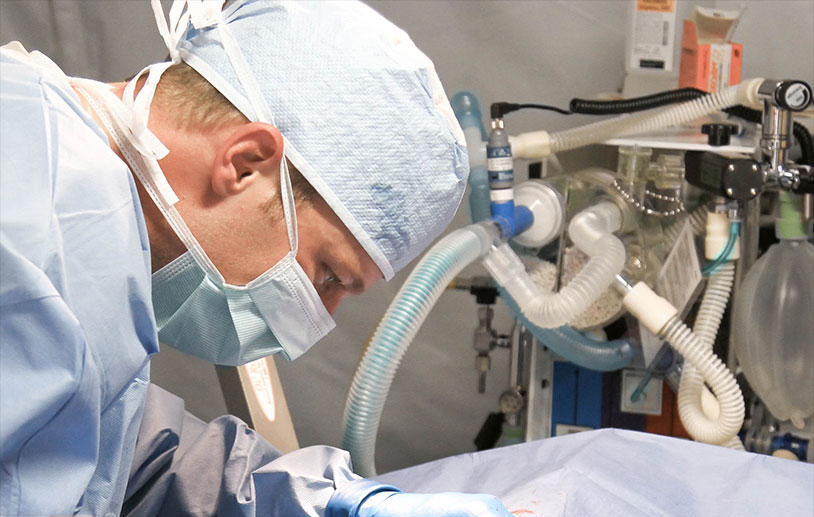 There’s a great deal of trust that is needed every time you step into an operating room, especially if you’re going under anesthesia as part of a procedure. All you can do is hope that the doctor working on you knows what they’re doing, but mistakes do happen. Case in point: a recent surgical mishap in India left a guy with a ballsack the size of a watermelon.

Our unnamed patient was being treated for a urinary tract infection at King George’s Medical University in Lucknow, India as doctors worked to cut scar tissue from his genital region. Unfortunately, during the process some malevolent germ snuck in and caused an infection that rapidly multiplied to create tremendous amounts of fluid in his scrotum.

Shortly after he got out of surgery, his balls started swelling up until they were the size of his head. When he was discharged, instead of keeping him in for observation after the surgical mishap doctors just gave him instructions for caring for his new ballsack and sent him on his way.

Luckily, his swelling went down on its own after ten days, but it was still a big hassle. When he came back in for a checkup, doctors gave him a clean bill of health and he’s expected to make a full recovery.