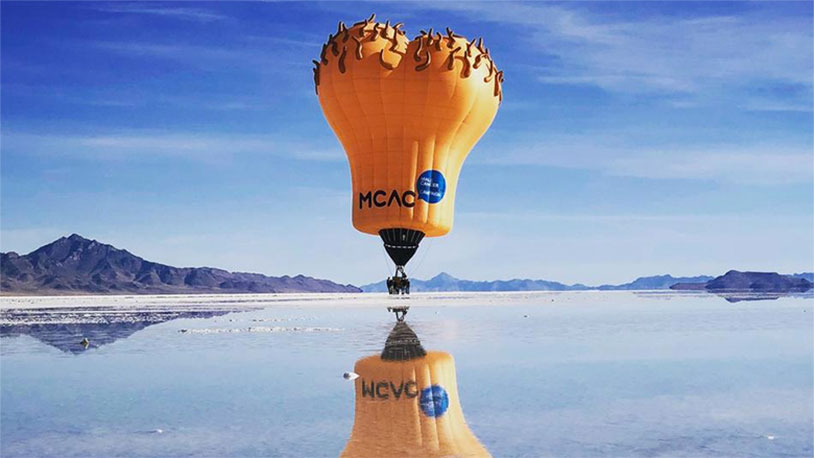 Virtual reality is all the rage these days, but we never thought we’d see a VR experience for testicular health. Once again, the world has proved us wrong. At this year’s SXSW conference, attendees got to strap on headsets for “The Evolution Of Testicles,” a 3D film by Ryan Hartsell made to raise awareness of those little danglers between your legs.

It’s a product of Oculus’s “VR For Good” program, which aims to leverage the new technology to improve the world we live in. Hartsell’s project is narrated by actor Chris O’Dowd and features a CGI exploration of man’s evolution that also jumps into the real world to deploy a massive hot air balloon styled to look like a floating ballsack.

No matter how you deliver the news, anything that gets men performing regular testicular self-examinations is a plus. Maybe someday we’ll have tactile feedback in VR that lets people feel what a lumpy ballsack is like so they know what to look for. Until then, keep on checking ’em and if you’re down in Austin for SXSW check out this virtual reality film as well.