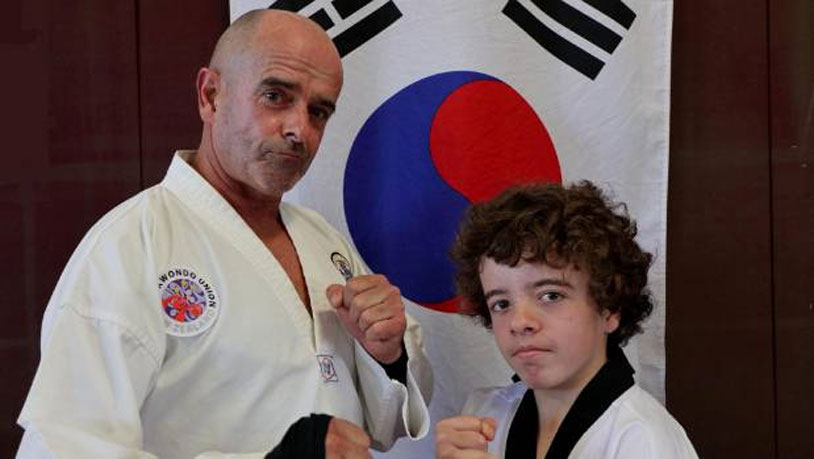 Tae Kwon Do is a majestic and potent martial art, excellent for honing both body and mind to razor keenness. But for one student in New Zealand, it also helped him discover he had testicular cancer. Louis McAlpine was sparring in his TKD class five years ago when his opponent accidentally landed a kick too close to his groin. Fighters wear cups specifically to ward off that kind of thing, but the impact still hurt more than it should, so, like a smart fella, he headed to the doctor for a checkup.

The physician diagnosed him with stage three testicular cancer, advanced enough that surgery was the immediate option. He was given only a 60% chance of survival, and kept his treatments hidden from his young son so as not to worry him. After the operation and a three month course of chemotherapy, McAlpine was ruled cancer-free. Taking inspiration from the cancer journey of Lance Armstrong, he returned to Tae Kwon Do class afterwards and this year was awarded his black belt along with his son Flynn.

McAlpine is speaking out about his testicular cancer experience in order to raise awareness of the disease. No matter what happens to your balls, if something doesn’t feel right, take it to a medical professional and let them take a look. You have nothing to lose and everything to gain.