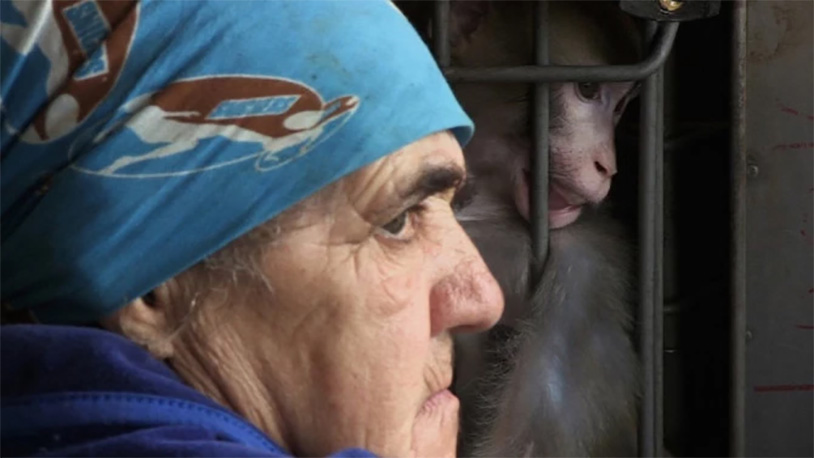 A movie title like Tarzan’s Testicles could mean all sorts of things. It could be a wacky comedy spoofing the king of the jungle, or something a bit more horrifying. What it actually is is the latest documentary from Romanian director Alexandru Solomon. The film tells the story of the Institute of Experimental Pathology and Therapy, the oldest primate research facility in the world. Located in the barely-recognized Black Sea state of Abkhazia, the Institute is a bizarre, offputting place staffed by some very unusual people.

Animal lovers will have a hard time with this one – the director takes a dispassionate eye towards the unpleasant experiments being conducted on the primates, and the quirks of the staff are painted in compelling detail. The Institute is a place that seems out of time in many ways, from its founding in 1927 to its training of the chimps used by the Soviet space program. And always in the background is the massive civil war that decimated Abkhazia.

Here’s a trailer for the film if it has you curious for more. Tarzan’s Testicles probably won’t see wide release here, but hopefully Netflix or some other streaming service will pick it up before too long, because it looks truly fascinating.

Read all about it at The Hollywood Reporter.