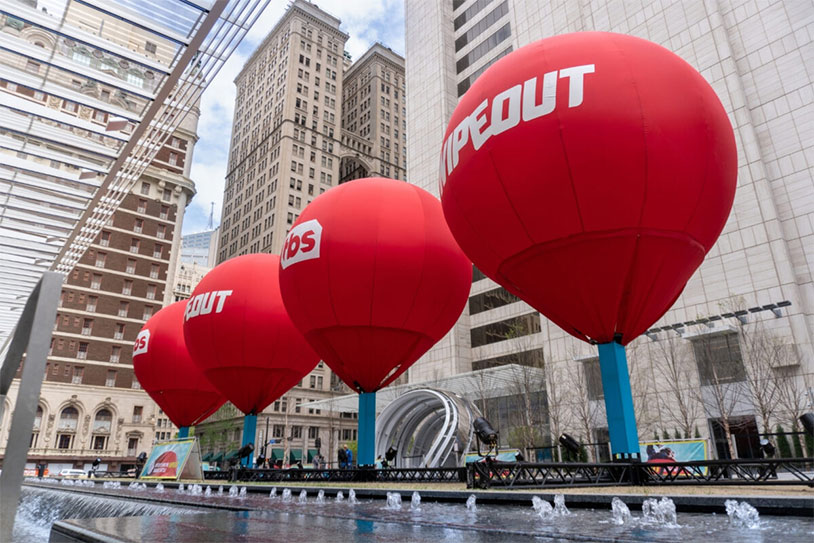 One of the new outings this season on TBS is Wipeout, a take on the classic obstacle course formula that has contestants navigating a series of increasingly absurd physical challenges for the chance to win cash prizes. It originally ran on ABC from 2008 to 2014, and the cable version is looking to bring back some of the favorites, including the big red balls. Those are a series of massive inflated spheres that contestants have to run across or risk slipping into the water below. Needless to say, a lot of people don’t make it, as you can see from this video.

To promote the relaunch of the show, TBS has unveiled a massive replica of the orbs in the AT&T Discovery District in Dallas. They’re calling it the “Big Balls Are Back Experiential Activation.” What that experience is is still up in the air – they’re not letting you run across or jump on them, because that’s a lawsuit waiting to happen, but if you head down there you might be able to make off with some swag.

Wipeout‘s new season started on Sunday, hosted by John Cena, Nicole Byer, and Camille Kostek. What do you think? Would you tackle these big red balls on national television?