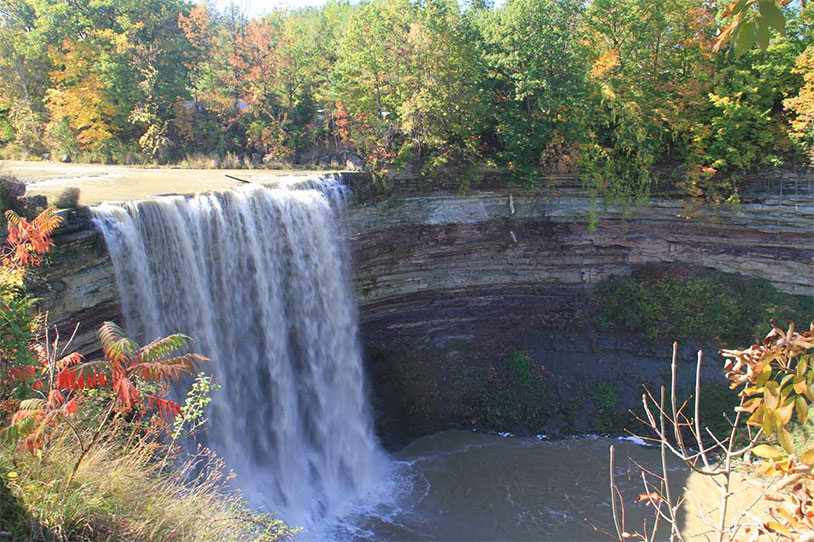 What looks like teenage hijinks has claimed a life at Balls Falls in Canada. At around 2:20 p.m. on July 7, Grimsby police were called to the falls in Lincoln after an emergency call. On the scene, bystanders told officers that a young man had jumped off of the falls and into the water but had not resurfaced.

Niagara’s marine and emergency task units were immediately deployed to search the water. After some time, they were able to retrienve the corpse of a 19 year old male from the water. The teen’s identity has not been released. Police do not suspect foul play, but are investigating the incident.

Ball’s Falls and the nearby ghost town that bears the same title were named after Jacob Ball, an English loyalist. The recreation area has long been a popular location for hikers, explorers and local teens. The jump into the falls is a popular test of mettle for teenagers, with a 100 foot plunge into a catch pool. The stunt wasn’t the first time somebody has made the leap, but park rangers strongly discourage guests from doing so, especially during the summer when water levels are low.

Lincoln fire chief Greg Hudson told the press “Don’t venture off and don’t do stunts like this. It’s not safe. I don’t want to see people get in trouble.”