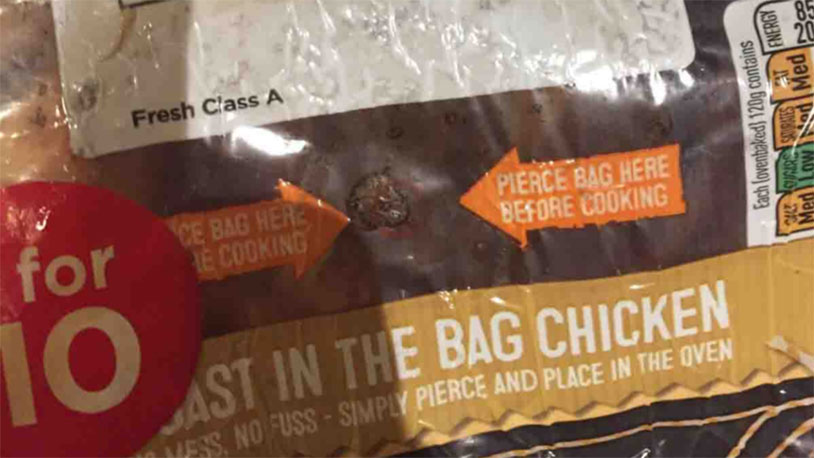 The supermarket roast chicken has become one of the easiest and most affordable ways to get your protein in – just pick up a bag and take it home, pairing it with a salad and a side or whatever. But not making that bird yourself can open the door to some pretty unpleasant stuff, as a British teen discovered last week.

The girl’s family bought a roast chicken from grocery store chain Asda and took it home to sup. Poppy Douglas and her sisters picked the breasts out and chowed down, but after they’d eaten away enough of the meat to expose the internal body cavity, they had a nightmarish surprise. At first they thought the weird shapes in the bird’s carcass were worms, which would be gross enough, but they actually turned out to be a fully formed pair of testicles.

Father Paul took the bird back to the store for a refund and the family ended up eating at McDonalds that evening instead. The experience has put the Douglas girls off of poultry for a while. A representative for Asda told them that, since the bags are sealed from the provider, there was no way for them to know that the bird had testicles within. They were completely harmless – and even edible – but still a pretty nasty dinner surprise.