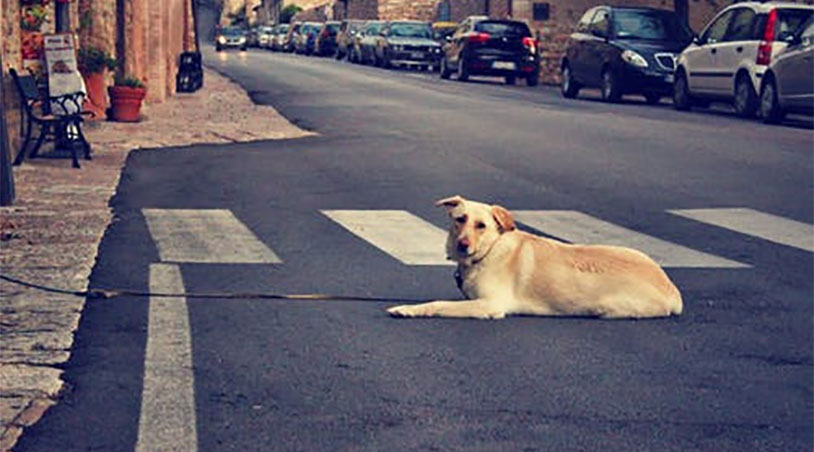 Dogs are man’s best friend. But some people don’t care for them, and they’re willing to go to pretty sick ends to get them off the streets. Case in point: a recent news report from Belfast, Ireland that warns pet owners that tennis balls laced with razor blades have been injuring unsuspecting canines.

The offending ball was found in Belvoir Forest park, where a walker discovered it thankfully before any animal could pick it up. She told the story to Connor Pinfold, the owner of a local dog walking business called Just Pawing About. He posted it on Facebook in an attempt to reach as many local pet owners as possible, along with reporting the incident to Belfast police.

An investigation was conducted and the cops didn’t find any other razor blade balls, but that doesn’t mean the perpetrator is finished. Rumors of poisoned foodstuffs had been heard previously in Belvoir Forest, which is a popular spot for pet owners to take their companions. Pinfold and his friends are going to keep a keen eye out for anything suspicious in the future. Park rangers as well have stated that they will redouble their surveillance of the area in hopes of spotting the sicko.

Read more at the Belfast Telegraph.