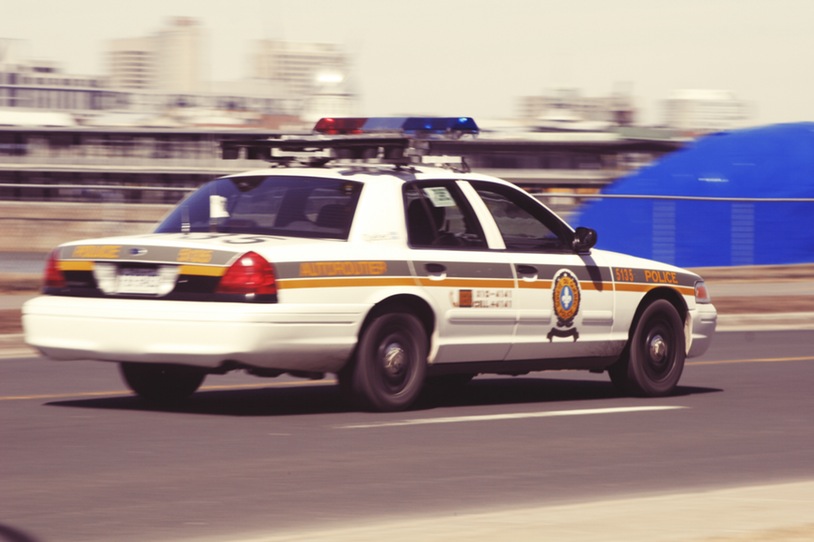 The climate in this country when it comes to police being what it is, perhaps it’s for the best that former Anne Arundel County Officer Michael Flaig has now moved out of the realm of civil service. Chris Thompson of Gawker writes,

Let’s recap: Michael Flaig was a 10-year veteran of the Anne Arundel County Police on the night in question, when he was accused of groping a woman at Looney’s Pub in Canton, a neighborhood in Baltimore. This accusation led to an argument with the woman’s male friend, which, as will happen, reportedly escalated into a brawl.

At some point in the confrontation the man found himself “straddling Flaig’s upper body,” at which time…yes. Testicles were reportedly bitten.

We covered the original story back in May, and there’s probably a part of you that thinks while rereading that original post, perhaps, more details will eventually come out — that the story will be explained or expanded on somehow. Well, it doesn’t seem like it. Flaig bit a guy in the testicles while drunk, and that seems to be the long and the short version.

Look, it’s not good to bite a guy’s balls, unless you have some kind of arrangement or something. This should be uncontroversial. But, forget for a moment that Flaig was an off duty cop, and drunk, and maybe was making an ass of himself or potentially worse. In the heat of the moment, feeling pinned down and cornered, with it all on the line, there are worse things to do than bite your opponent’s testicles, especially if you’re armed half the time!

Keep testicle biting out of the NFL, for sure, and don’t just chomp indiscriminately when you feel threatened like some kind nut-seeking Venus flytrap, but ignoring this controversial maneuver altogether could be a real mistake.

The lesson here, after all? Don’t sit on a face if you’re not willing to accept the consequences! This information is now out there in the open, and so is Flaig.