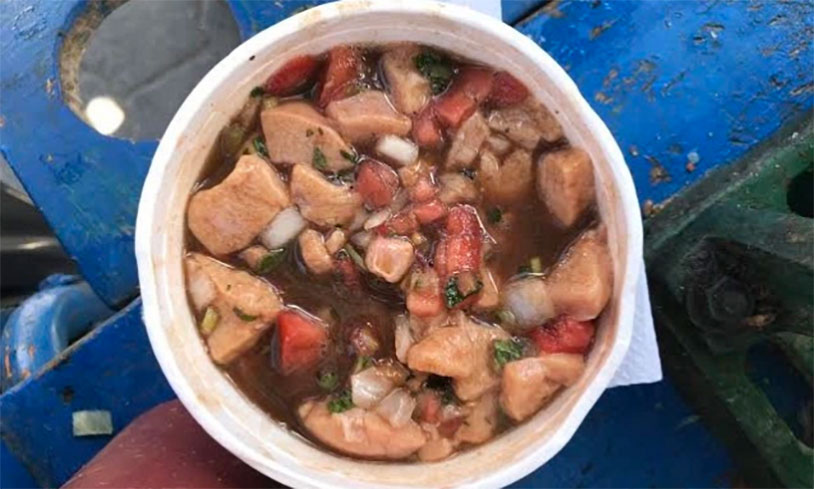 Eating testicles is pretty low on our list of favorite things to do with balls, but every so often a new preparation comes along and we have to report on it. Today it’s testicle ceviche, which takes bull gonads and gives them a no-cook Latin American twist.

If you’re not familiar with ceviche, it’s typically made with seafood and involves bathing shrimp or fish in a brine of acid – usually lime juice, but sometimes diluted vinegar – so the chemical reaction quickly cures the flesh. Hot peppers are thrown into the process to add some flavor and the end result is a delicious, fresh-tasting summer dish.

And now somebody’s making it with balls. Ceviche de criadillas takes gonads and soaks them in lime juice, then mixes them with tomatoes, onions, cilantro and Worcestershire. The dish originates in Guatemala, where it is fairly popular. Only one problem: the ceviche process doesn’t actually cook the meat or remove parasites, only “denatures” it. So that’s somewhat of an issue. The end result is flavorful but possessing a somewhat unpleasant, rubbery texture. I think we’ll stick with the shrimp, thanks. That’s according to the author of this travelogue, who went to great lengths to track down the dish.