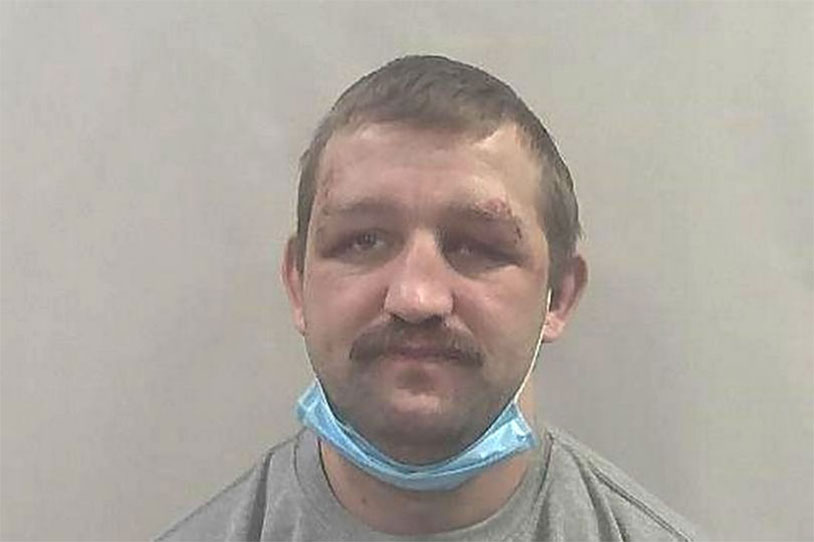 When you find yourself in a fight, one of the best ways to extract yourself from a clinch is to target the balls. It’s not sporting, but when you’re battling for your life sometimes you have to go low. But when a yob attacked a victim in a McDonalds car park, the old ball squeeze got a different response – a vicious face bite.

Our perpetrator’s name is Matthew Feeney, who was drunk off his ass in the parking lot of a McDonalds in Scunthorpe. Feeney headed into the restaurant, bought some food and then tried to open the rear door of a Kia Rio in the lot. It wasn’t his car, and when the owner tried to make him back away, he replied “I just want to get in your car, mate.”

That’s not a great response in any circumstances, but Feeney then escalated by punching the man in the mouth, breaking one of his teeth. The pair scuffled, with Feeney wrestling the victim to the ground and biting his cheek. The victim desperately grabbed Feeney by the groin and started torquing as hard as he could, but it didn’t stop the bite.

Feeney then shifted his bite to the man’s nose, clamping down hard enough to break it. The victim managed to extricate himself and drive away, while Feeney attempted to enter other cars in the lot before police came to apprehend him. With 39 previous convictions, this guy is a real loser and hopefully will be in jail for a good long time.