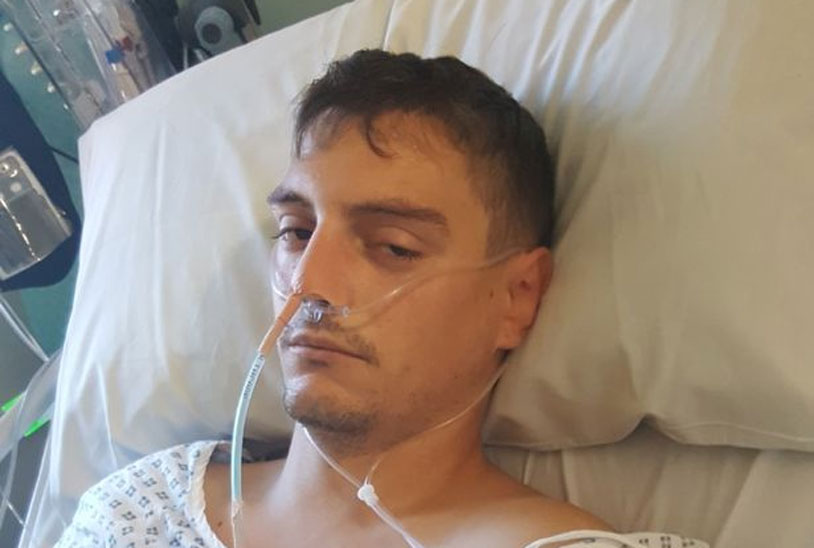 Day in and day out, our mission is to draw attention to the perils of testicular cancer and the benefits of early screening. One of the ways we do that is by sharing true stories from survivors, in whatever way they want to present them. As the year draws to a close, we hop over to England to meet Paul Smith, who has documented his battle with testicular cancer through a compelling photo essay of shots from his recovery.

In August of 2016, Smith was taking a shower when he noticed a strange lump in his scrotum. Like a smart man, he talked to his new girlfriend Steph about it and she convinced him to go to the doctor as soon as possible. One ultrasound scan later, Paul learned that he had testicular cancer and would have to have surgery to remove one of his balls. A week later, he went under the knife.

As we all know, surgery isn’t the end for cancer treatment. It had spread to his abdomen and lymph nodes, requiring further operations. Throughout the process, Paul and his family took photos of him to chronicle his struggle, and he’s just shared them as a part of Cancer Research UK’s “Right Now” initiative, which aims to bring the cancer experience front and center.

Read more at the Leicester Mercury.