The 10 Ballsiest Campaign Promises Ever 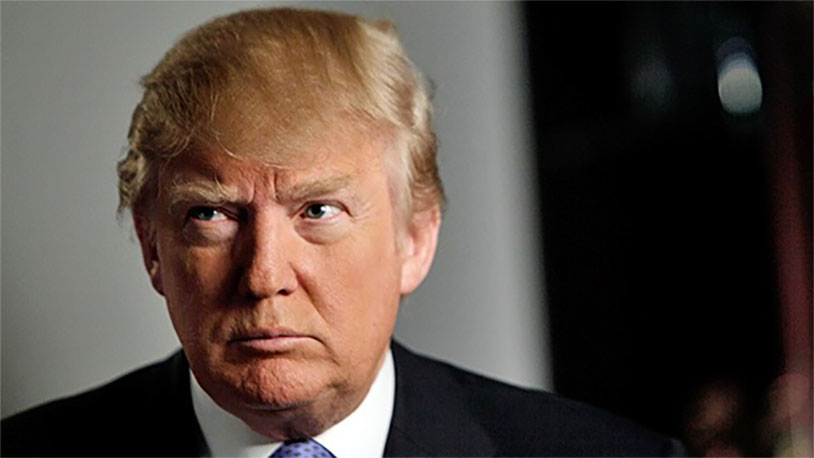 Election season is already in full swing, as a crowded pack of Republican hopefuls jostle and joust for the Presidential nomination. Current front-runner Donald Trump is notable for a number of reasons, but one of the most interesting is his campaign promises. Touting a hard line on immigration, Trump is saying that in his first term he will build a wall across the Mexican border – and make the Mexican government pay for it!

But Trump’s not alone in making insanely ballsy campaign promises. In this listicle, we’ll run down ten of the most over-the-top things that a candidate has sworn he’d do if elected.

Newt Gingrich’s Quixotic campaign to secure the Republican nomination in 2012 was marked by some heated language, but one pledge he made on the campaign trail was so over-the-top that it had pundits cracking up. During a speech in Florida, Newt promised a renewed focus on space exploration (good), and then followed it up with a pledge to build a fully operational settlement on the Moon by 2020. That kind of project would take way more than a pair of Presidential terms to happen, if it would happen at all.

There are so many serious issues facing America right now, from a destabilized Middle East to an unpredictable economy, but Democratic contender Lincoln Chafee, the former Governor of Rhode Island, wants to fix something else first: our system of measurement. If elected, Chafee has pledged to move us away from inches and pounds to meters and kilos, which at this point would be virtually impossible.

Rick Santorum is a weird dude – probably too weird to ever secure a Presidential nomination, although nobody seems to have told him that. During his 2012 run for the nomination, Santorum’s campaign website released a statement that said if the Pennsylvania Senator was elected, he would work to make hardcore pornography illegal. He didn’t say anything about softcore, so Cinemax is probably safe. 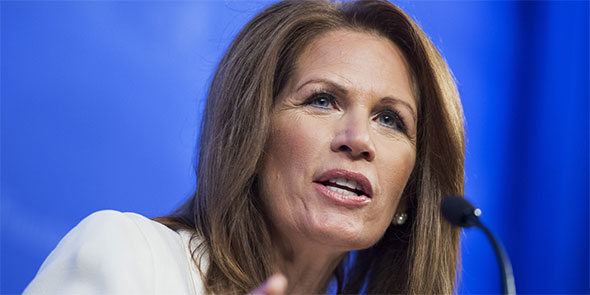 Michele Bachmann is one of those candidates who thankfully never had a chance of making it to the top of the pile, but she certainly liked to make big promises. One of her ballsiest came during the 2012 elections, when she pledged that if she took the Oval Office, she would somehow magically reduce the price of gasoline to just $2. Of course, the President doesn’t have a big “Gas Prices” button, so how she’d do that is unknown.

The fight to legalize marijuana is happening all over the country, with Colorado and Washington both making cannabis available to the public. In California, it’s legal for medicinal use, and Congressional candidate Andy Caffrey is intent on making sure it stays that way. If elected, he swore to his constituents that he would travel to Washington D.C. and blaze up to bring attention to his cause.

Never before has a Presidential candidate come out so strongly against reading. Herman Cain’s 2012 campaign was a huge joke, but the least funny aspect was the former Domino’s Pizza CEO promising that any bill that came across his desk that was more than three pages long would be vetoed on principle. 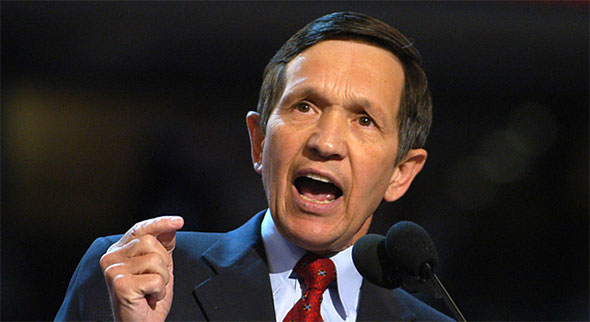 The Arrest Of George Bush

Left-wing firebrand Dennis Kucinich has never been one to mince his words, so when he was campaigning for the Democratic nomination in 2007 he raised some eyebrows by pledging that, once he took the Oval Office, he was going to use his powers to have former president George W. Bush arrested for contravening the law to wage war in Iraq.

For some reason, the battle for the mayorship of Minneapolis in 2013 was a particularly heated one, with several dozen candidates putting themselves on the ballot. One of the oddest was Jeffrey Alan Wagner of the Democratic-Farmer-Labor Party, who released a campaign ad stating that if he was elected, he “would not even go to the strip clubs anymore.” Sadly for Wagner but luckily for the town’s exotic dancers, he didn’t win the election.

Harvard professor Lawrence Lessig is one of the dark-horse candidates in the current election season, but his biggest campaign promise is one of the weirdest we’ve ever heard. Lessig swears that if he’s elected, he will push Congress to pass the Citizen Equality Act, designed to take financial influence out of politics… and then vacate the Oval Office. 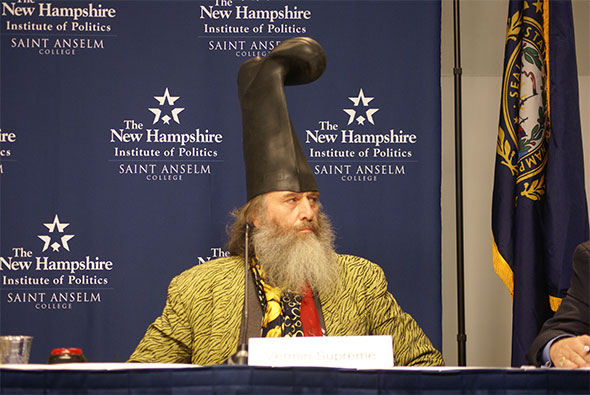 Perennial third-party candidate Vermin Supreme is notorious for his odd fashion choices (wearing a boot as a hat, for one) and bizarre campaign promises. From passing a law requiring citizens to brush their teeth to funding time travel research, he has some big ideas. One of our favorites came during the last election cycle, where he swore that if he were elected he would give every single American a pony, whether they wanted one or not.