The Balldo Will Transform Your Sack Into A Second Dong 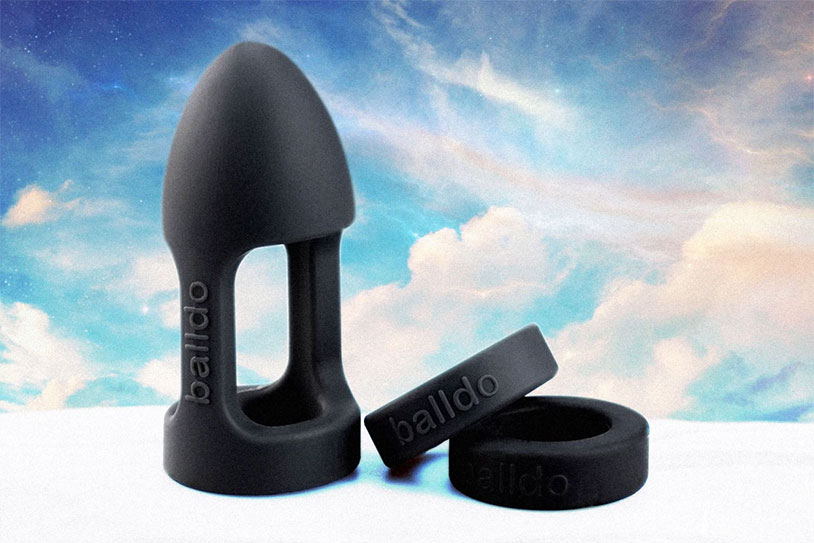 Sex is complicated and funny, but some people out there are trying to make it even more of both. The announcement of Balldo, a specialized product that lets you bind your ballsack to essentially turn it into a second penis, took us by surprise. Apparently this is something that people like to do! Let’s dive into the world of ball sex a little bit.

The company behind it is known as Nadgerz, whose CEO got the idea during a little post-coital cuddle with his significant other. Jerry Davies’ paramour started tugging on his balls after they’d finished having sex, and he enjoyed the sensation, as many men do. But what separates the inventors from the rest of us is how Jerry kept thinking about that scrotum feeling and the other things he could do with his sack in the sack, as it were.

He fiddled with weights and bindings before coming upon the idea of using your ballsack as a second penis, and the Balldo was born. After going through a hundred prototypes, he’s finally ready to bring it to market. He claims that proper use can let men experience a “ballgasm,” a different kind of orgasm than comes from the penis. Whether this is an actual thing or not is yet to be determined. Will you be the one to try it out and tell us?

Read more at Inside Hook.