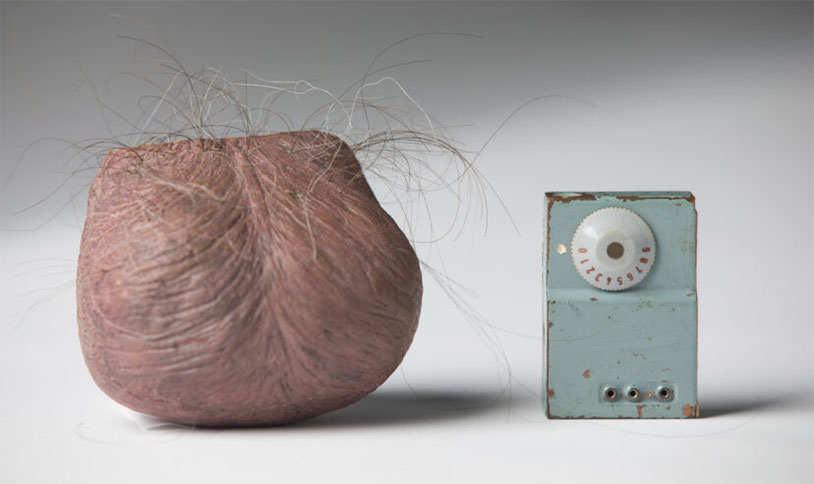 The masterminds at the CIA have developed a host of bizarre gadgets and concepts in order to aid in spycraft, but this one is so far beyond the pale that we needed to give it a write-up. An exhibit at the International Spy Museum devoted to the work of former chief of disguise Tony Mendez includes a very odd key piece: a fake ballsack that the agency devised to conceal a spy radio.

The latex scrotum was designed to fit over a person’s gonads, with enough space behind it to hide a then state-of-the-art transistor radio. The thought process behind the CIA’s new balls was that if their agents were captured and strip-searched, enemies would not want to fiddle-faddle around that deeply below the belt and might miss it. That would allow them to remove the radio at a later time and signal for help.

Sadly for balls lovers in the intelligence community, the agency didn’t put the device into production. Only one prototype was made, and after a fateful demonstration for CIA chief Richard Helms the decoy ballsack was decommissioned and archived. Mendez, its creator, would find success in several other areas within the agency, so don’t feel so bad for him.