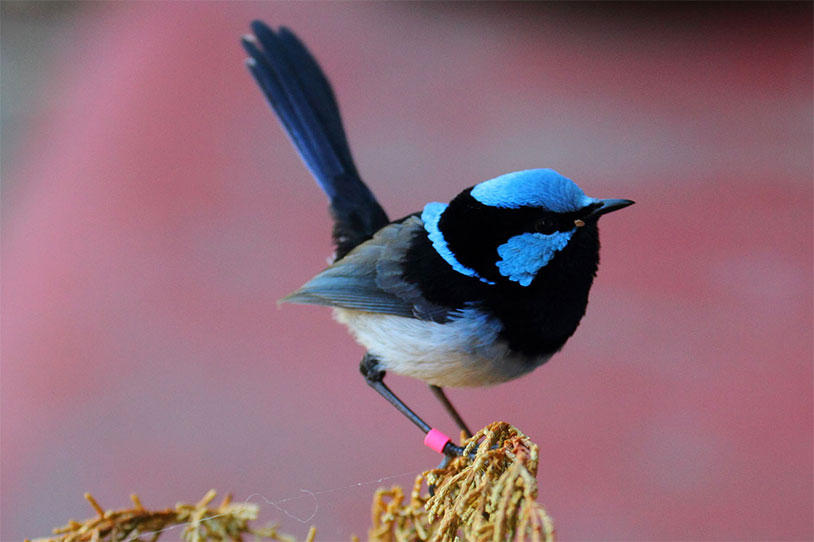 It’s kind of a slow news day, so we decided to dip into our enormous treasure trove of ball-related facts and figures to spotlight the superb fairywren, an unusual bird that has brilliant coloration, unusual behavior and really big balls.

Found in large numbers across southeastern Australia, the superb fairywren is a rotund little songbird that has a reputation for sexual promiscuity. What’s interesting, though, is that they are socially monogamous – they pair up into male-female couples to hang out, but the men impregnate several women. And the birds pursue their female partners with a process known as “furgling,” where they pick flower petals and deliver them not to the female, but rather the male she is bonded with.

What exactly causes this rampant desire to mate? It’s all in the balls. Superb fairywrens have larger balls when compared to their overall body size than any other animal on Earth. Yes, birds have testicles, we’ve covered that already, and the fairywren packs some mega gonads. During breeding season, when they’re full of baby juice and ready to go, they can make up a whopping 25% of the bird’s total body weight.