The Kid Behind “Deez Nuts” Did Not, Somehow, Get Super Famous 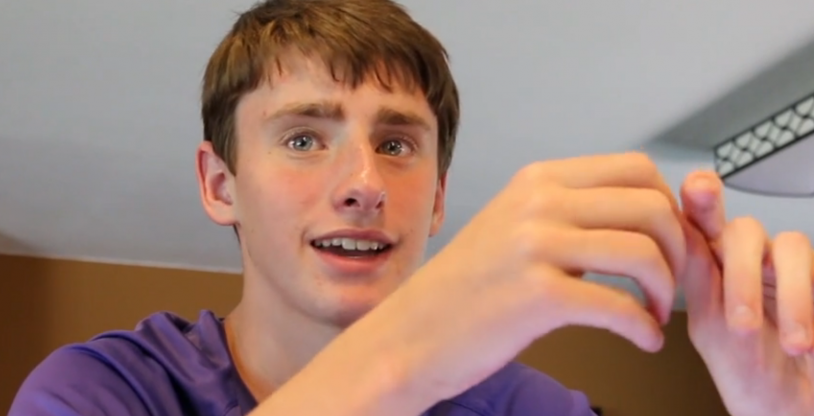 As the number of potential Presidential Primary winners and the Republican field, in particular, begins to dwindle down, you may find yourself wondering: Hey! Whatever happened to that Deez Nuts kid? Hit the link for an interview with the 16 year old Wallingford, Iowa student, the video of which cannot be fast forwarded, shared, or embedded. Still, USA Today has the story:

No, he’s not old enough to be president. No, that isn’t his real name — it’s a reference to a skit from a Dr. Dre album, which came to prominence again this summer after a rash of related online video memes.

Ah! Deez Nuts is not his real name…of course! Brady Olson, as we initially covered in August, to the extent that a web blog could genuinely cover the political views of a high schooler, identifies as a libertarian. Nevertheless, he continues to support Bernie Sanders, who Olson says “almost completely agrees on me with social issues and even some on fiscal issues.”

If Brady were old enough to vote, and if he caucused with Republicans, he’d either vote for Kasich or former New York Gov. George Pataki — because they’re moderates, he says. But he leans toward Kasich because Pataki has failed to qualify for several states’ primary ballots. He still supports Sanders among Democrats. “He looks like the guy that cares the most,” he said.

Still, Brady thinks Donald Trump and Hillary Clinton are most likely to win their parties’ nominations — “regretfully,” he said.

That seems a little less likely today, after Ted Cruz, Marco Rubio and Olson’s favored Bernie Sanders’ surges in the Iowa Caucuses, but the on-paper outcome is nevertheless still quite possible. It turns out that this Deez Nuts kid actually might know what he’s talking about…especially relative to his age group. When we were in high school, we didn’t even know who was running for class president—back then, though, “Deez Nuts” was just a track on a rap CD.