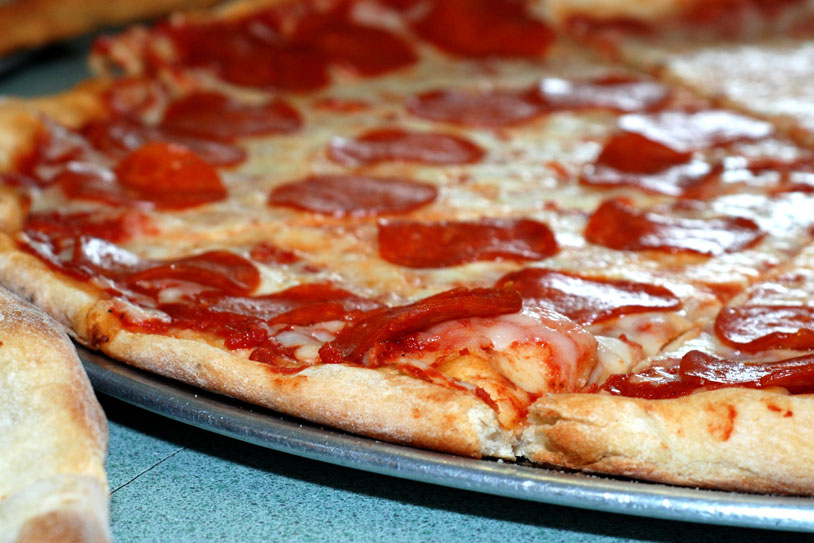 In general, this kind of egregious misuse of your balls isn’t something we support, but we also believe in second chances. In 2014, a customer at Papa Murphy’s Pizza in Georgetown, Texas ordered a family size stuffed pizza with Canadian bacon, pineapple and extra cheese. When he walked into the store to pick up his mongo Hawaiian-style pie, he spotted an employee, Austin Michael Symonds, rubbing his nutsack over the top of the pizza.

Leaving aside just how painful placing your balls on a hot cheesy surface must be, Symonds immediately admitted to the act, telling his manager that he was upset because the customer had called in the order right before closing time. We can feel his frustration – those stuffed pizzas aren’t easy to make. When confronted by the repulsed customer, his response was “Man, I am really sorry, that was stupid.”

That didn’t stop the police from being called in. They originally gave Symonds a felony charge of tampering with a consumer product, as – in the words of the criminal complaint – “substances such as fecal matter can be transferred by sweat to the scrotum and could have transferred to the pizza when Symonds rubbed his scrotum on the pizza.” Luckily for our hapless pizza boy, a judge ruled that he could have his case dismissed if he completed a pre-trial program.

We’re more than a little curious as to exactly what the guy is going to learn in a program like that. “Don’t put your scrotum on a pizza” doesn’t seem like a lesson that takes more than ten, fifteen minutes to get through your head. But who knows?

Read more at My San Antonio.