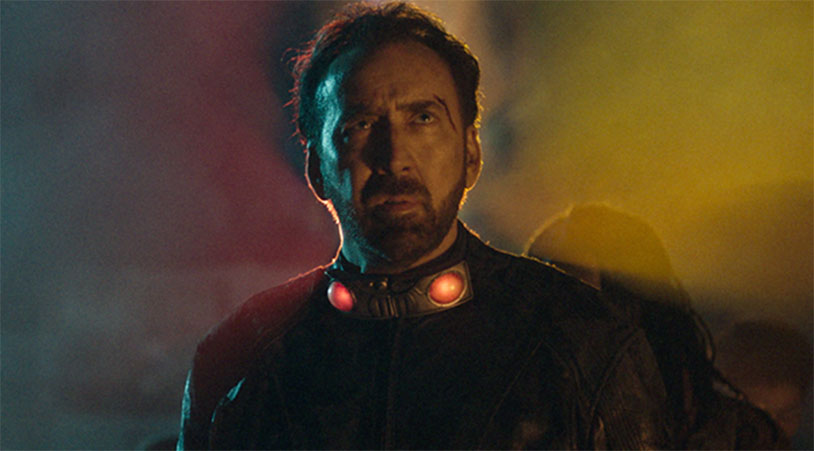 Nicolas Cage is one of the most polarizing actors out there, as he definitely seems to follow his bliss to some pretty outrageous performances. His new film, directed by Japanese auteur Sion Sono, has already started to build some buzz as a hyper-gonzo action movie. It’s called Prisoners of the Ghostland, and it even has a balls connection.

The plot of the film, which debuted at the Sundance Film Festival, sees Nicolas Cage as a bank robber who is freed from prison by a wealthy criminal mastermind to rescue his kidnapped granddaughter. Because he’s not the most trustworthy person, Cage is forced into a leather bodysuit that contains a bunch of tiny hidden bombs set to splatter him into gibbets if the mission goes wrong. This includes two tiny little packets of boom right over his testicles, just to add insult to injury.

Things just get nuttier from there, but we’re not going to spoil whether Cage gets his bozack blown off or not. If you’ve seen any of Sono’s other movies – we recommend the absolutely berserk 2001 Suicide Club if you haven’t – you know that he pushes envelopes that should often be left un-pushed. We’re not sure when non-festivalgoers will be able to enjoy Prisoners of the Ghostland, but we’ll keep you posted.