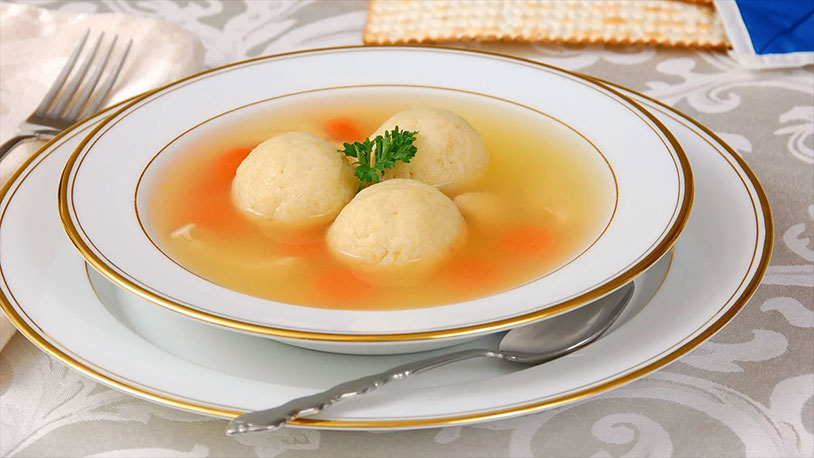 Spherical food is a subject we tackle pretty often here at the Ball Report, and as Passover draws near that means matzo balls. The traditional Jewish balls of dough, often delivered in a simple, robust chicken soup, are the Platonic ideal of dumplings for many, and no less a publication than the New Yorker has printed an ode to their perfection.

Helen Rosner’s “The Perfect Simplicity Of The Matzo Ball” goes extremely deep into their origins and appeal. Although we associate matzo with Passover because the Jewish people ate the unleavened bread when they fled the repressive regime of Egypt – they were in such a hurry they couldn’t wait for their dough to rise. As for where the idea came to smush it up and make soup dumplings out of it, that’s lost to the veils of history.

Every matzo ball recipe is different, even though they always contain just three ingredients: matzo meal, eggs and oil. The relative proportions of that triad can make tiny, chewy balls; huge, fluffy ones; and everything in between. Rosner even shares an unusual recipe from an obscure cookbook called “A Russian Jew Cooks in Peru” that stuffs them with chopped liver and caramelized onions. Whatever your take, it’s undeniable that matzo balls are among the world’s best comfort foods.

Read more at The New Yorker.