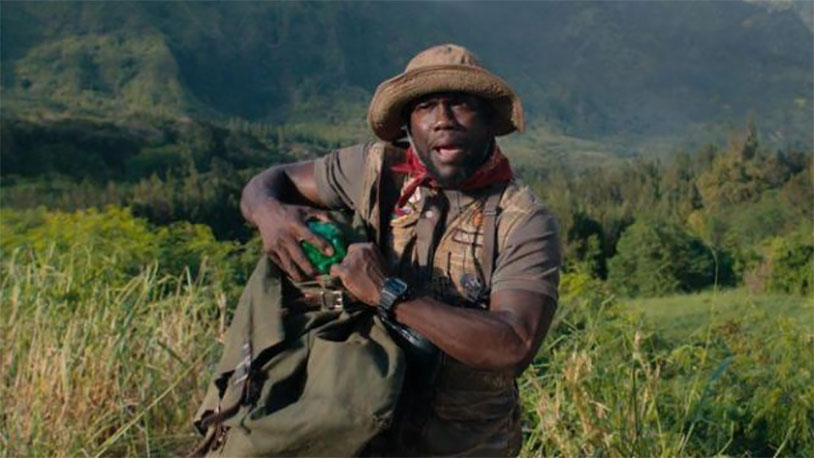 The furor around homophobic jokes made by comedian and actor Kevin Hart in the past has cost him an Oscar hosting gig and the respect of many of his peers. But one relationship that still seems strong, if a bit adversarial, is between Hart and his Jumanji co-star Dwayne “The Rock” Johnson. The duo have a history of repartee that sometimes crosses the line and has us worried, and this latest post isn’t helping.

A recent announcement that Queens-born rapper-actress Awkwafina – previously seen in Oceans 8 and Crazy Rich Asians would be joining the cast of the Jumanji sequel prompted the former wrestler to fire another shot across Hart’s bow on social media.

She’s ready to play in the world of JUMANJI.
Want to welcome @awkwafina to our cast.
She lit it up in the brilliant film, “CRAZY RICH ASIANS” and gonna be a lot of fun workin’ with her.
Here we go and remember if @kevinhart4real talks to you too much on set then just kick him in the balls.
#jumanji

What do you think? Does Kevin Hart really deserve a kick in the nutsack or should we let bygones be bygones? Are things going to be awkward on set and will it show in the final film? So many questions!