Do you remember the stoner prank guys from a little while ago? The ones who could screw up a popcorn sandwich, and proved it by somehow not being able to fill a car up with ping pong balls the right way? Well they’re back, and they’re trying real hard to break their necks with even more ping pong balls. Actually, they’re probably the same balls from before, since it looks like they’re opening them for the first time in this video. Not that it matters. None of this really matters!

What does matter, though, is the hustle of these guys. Honestly it barely looks like the majority of the JOOGSQUAD could string a decent sentence together if their lives depended on it, and yet here they are cranking out a million views with nothing but their wits and 10,000 ping pong balls. They’ve already got four of these bad boys! How many more videos can they make with some multiple of a thousand ping pong balls, a trampoline, and white guys with dreadlocks? We are trembling with anticipation. 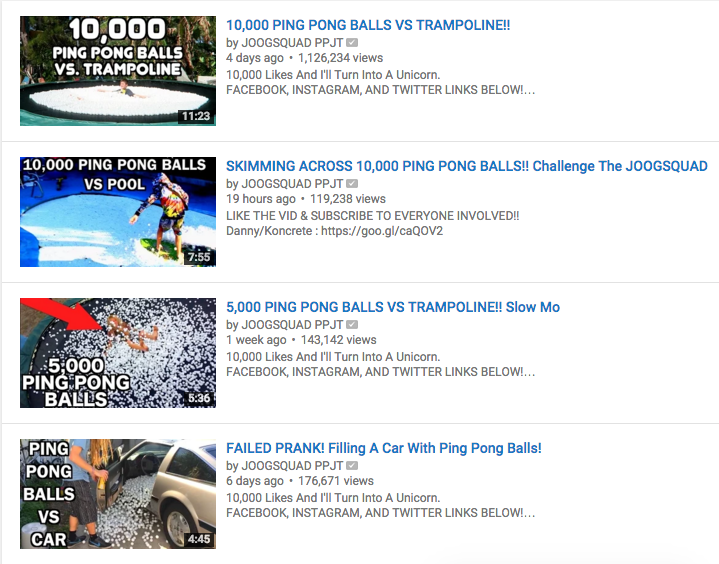 That’s real hustle. If that’s not genius, then it’s at least ingenuity, and it’s pretty cool to see some self-made creative people succeed on their own merits. Even if it is mostly in slo mo.