The Sewers Of Paris Are Cleaned By Giant Balls 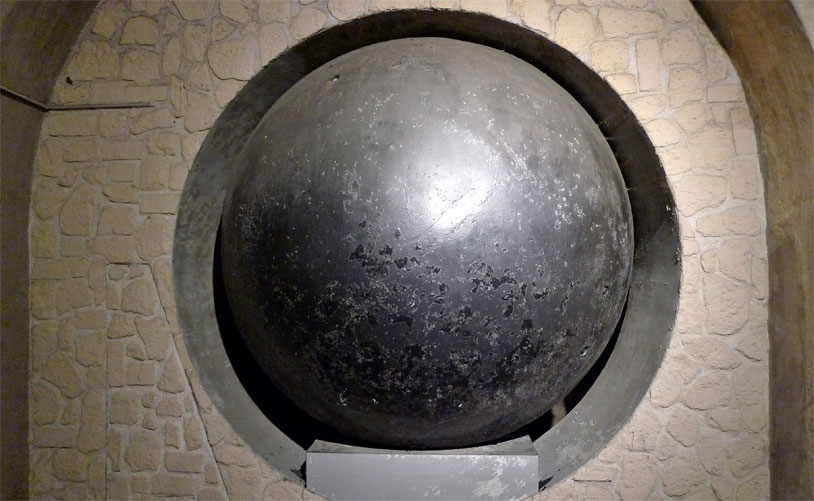 Cleaning the sewer isn’t really a job that people line up to do, but it has to be done. The city of Paris has a unique method for scraping away human waste that involves giant balls. Made of iron or wood, the “boules de curage” are just one of many fascinating aspects of one of the civilized world’s oldest sewer systems.

The sewers of the City of Light were first built in 1370 to address the growing Paris population. After the streets were paved in the 1200s, wastewater drained directly back into the Seine, which wasn’t particularly hygenic. It wasn’t until the reign of Napoleon I that more modern sewer systems were constructed. In 1855, Napoleon III undertook a massive renovation of the city’s sewage management, building a double water supply network and waste disposal conduits.

By the late 1800s, the sewers of Paris were famous the world over, and tourists who visited the city were actually taking mechanical trolleys through the tunnels to marvel at its construction. The cleanliness of the sewer conduits was widely remarked on, and the city’s secret was a bunch of giant balls.

If you visit the Paris Sewer Museum at Pont de l’Alma, 75007, you’ll be able to see a number of the “boules de curage” on display. With over 1,300 miles of tunnel to keep clean, the city employed dredging boats and men with rakes to eliminate as much solid waste as they could, but some were too clogged. The solution was taking large balls of various sizes, up to 15 feet in diameter, and using them to build up water pressure in the tunnels.

The balls float, you see, but they’re too big yo go with the flow. So they create a blockage that lets a small amount of water pass through underneath them at very high speeds. That water washes away any grit and other solid crud that has built up, as well as slowly pushing the ball along so it cleans the whole tunnel. It’s a remarkably clever, low-tech system that is still used today.