The Story Of “Ate My Balls,” One Of The First Internet Memes 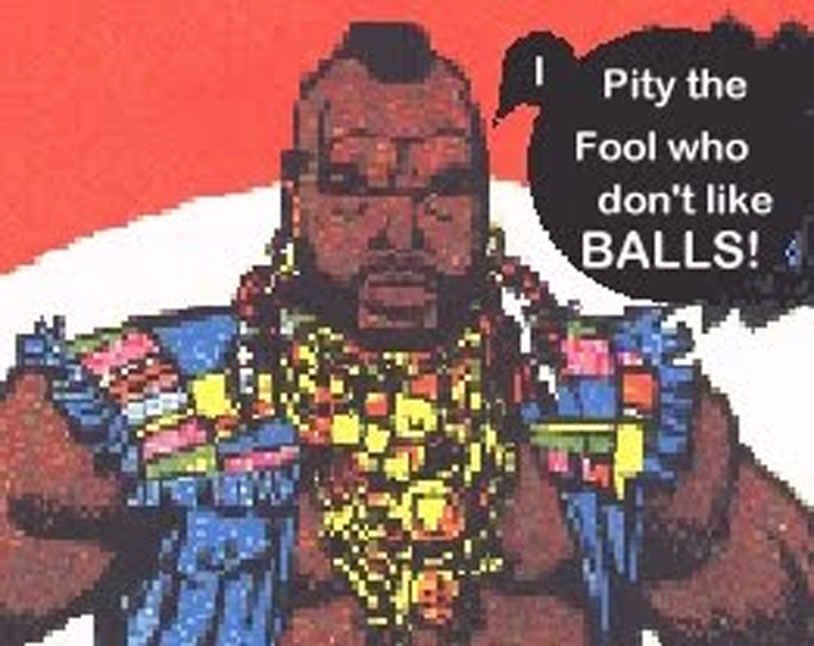 In the 21st century, memes are everywhere. Those viral little bits of content are consumed, shared, remixed and eventually discarded like so much cultural Kleenex. But people who are old enough to remember the early days of the Internet, before social networking and DSL, are nostalgic for something a little different.

In the olden times, memes couldn’t spread so easily. They either had to be e-mailed or they lived on their own specific websites. One of the most notorious was a little thing called “Mr. T Ate My Balls,” and it created a tidal wave of variations and imitators that lasted for years.

First, a little background. The creator of the original “Mr. T Ate My Balls” page, which you can still see here, was a student named Nehal Patel at the University of Illinois at Urbana-Champaign. He didn’t come up with the meme, though – a still-unnamed vandal knocked out the exit sign on his dorm floor and replaced it with a hastily-painted “Mr. T Ate My Balls.”

It was an immediate success, and soon Patel’s whole dorm was obsessed with balls. Xeroxed signs featuring the A-Team actor elucidating his unstoppable desire for testicles proliferated all over the walls, and it became a UI punchline that nearly the whole campus knew about. 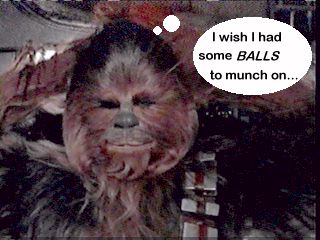 Patel, a computer engineering student, decided a few years later to share the love with the rest of the world. He used the free web space given to UI students to host it, and spent a night with friends searching out pictures of Mr. T (much harder in the days before Google Image Search) and editing them. The site was up in May of 1996, submitted to search engines, and within a few weeks imitators had already started to spring up.

Patel’s page created the basic formula: low-res images, clumsily edited to add declarative text about ball-eating. The knock-offs took inspiration from culture high and low, with one thing in common: an unstoppable desire for balls. The original racked up a million page views – a staggering number in the early days of the Internet, before AOL was in every home.

The rest was Internet history. “Ate My Balls” was such a big deal that Yahoo had a subcategory of its directory devoted exclusively to it – back when Yahoo was a directory of web pages, not whatever Yahoo is now. There was an “Ate My Balls” webring boasting 300+ sites. Amazingly still extant is “Krazy Keith’s (almost complete) Ate My Balls Links Page,” which lists them in alphabetical order from musician and proto-camgirl Ana Voog to live-action kids show Zoobilee Zoo.

The vast majority of those sites have been lost to time, with the collapse of Geocities, Tripod and Angelfire (the main hosts of free sites in the ’90s), but a few still remain. Patrick Gosch’s Yoda Ate My Balls, Jar Jar Binks Ate My Balls, Bertrand Russell Ate My Balls… The meme expanded to other places, including a hack of Nintendo Entertainment System game Willow seriously modified to feature a quest to recover a pair of testes from Mr. T.

Even though the “Ate My Balls” craze has never reached its mid-90s peak, people still bring it back on occasion for worthy candidates. In 2008, cartoonist Drew Fairweather created “Andrew Zimmern Ate My Balls,” putting the Bizarre Foods host into some nard-chomping situations. He also made pages for Karl Lagerfeld and Barack Obama, enshrining the President in a meme legacy that stretches back to when he was starting his first term in the Illinois Senate.