The Terminator Comes To Mortal Kombat To Crush Balls 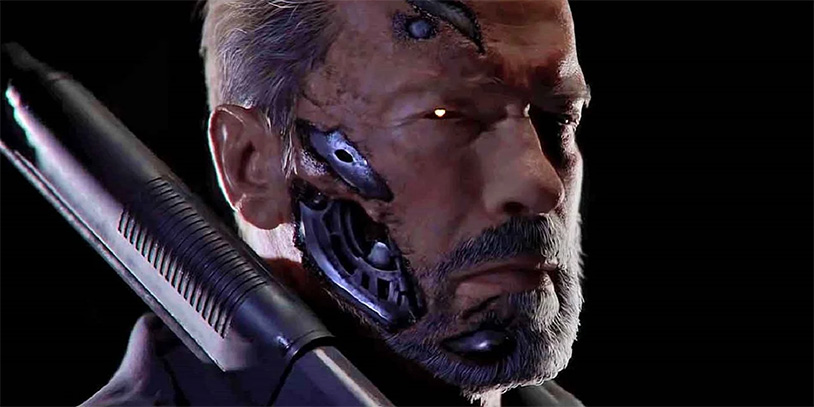 The revitalization of the Mortal Kombat franchise has been fun to watch, as the long-running series has pulled itself out of the doldrums with improved mechanics, cool new characters and more. One of the big sellers for the latest game is the DLC guest characters, who are pulled from pop culture. The latest wave includes demonic superhero Spawn and Batman villain the Joker. But the first one we’re getting to play is the legendary time-traveling murder robot, Arnold Schwarzenegger’s T-800 from The Terminator.

Developers NetherRealm just dropped the first gameplay video for the Terminator and he looks like a lot of fun. As you’d expect from the character’s implacable nature, he’s a hard-hitting bruiser without a ton of finesse, capable of delivering punishing blows with his metallic fists. Looks like he also has air and anti-air grabs that convert into huge damage and a bunch of weaponry. One interesting clip shows his artificial skin being burned off to reveal the skeleton within, which has super armor.

But what we’re here for is the balls – one of the T-800’s crushing blows involves throwing the foe to the ground and then stomping down on their gonads so hard their testicles explode. That’s Mortal Kombat, baby!

The Terminator releases for Mortal Kombat 11 on October 8th. Thanks to Press-Start for the tip.