The Testicle Eating Fish Are In European Waters 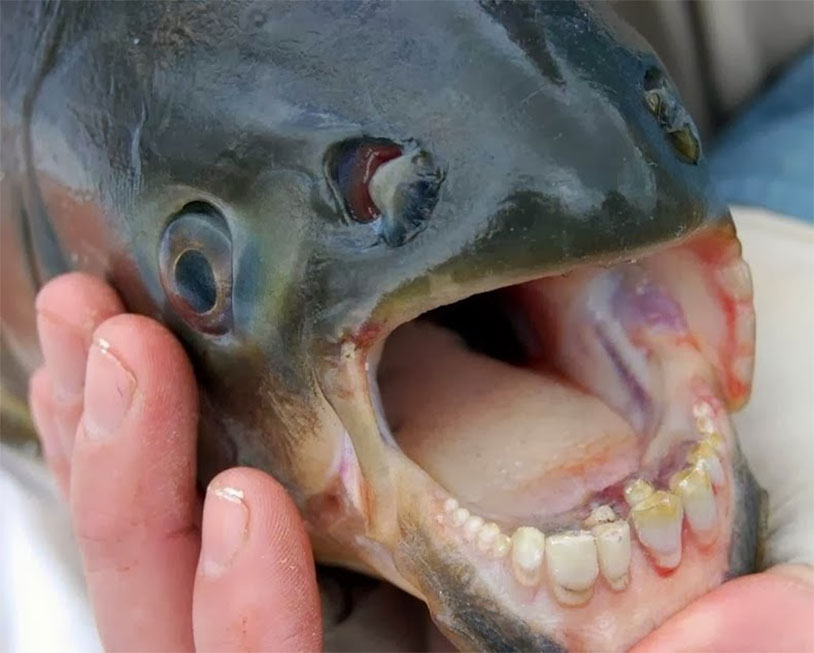 We’ve written on here before about the pacu, the bizarre fish with human-like teeth that has been reported to occasionally chow down on human testicles. But that’s always been at arm’s length, because the creature was native to South America and didn’t seem like it was going to swim up to our part of the world. Bad news for skinny-dippers: reports are coming out that pacu have been spotted in European waters.

In Papua New Guinea they refer to the fish as the “ball cutter,” because its massive jaws and squared-off teeth make it ideally suited to swim between a man’s legs and chomp down on that protein-rich ballsack. But a new report indicates that an eight-inch specimen was captured by a fisherman named Einar Lindgreen in an eel trap. Although the fish is largely vegetarian, it can get confused by dangling balls because they’re the perfect size to fit in the mouth of the beast.

Experts don’t believe that a single sighting poses any danger to Swedish swimmers, but as the fish’s territory expands it could mean other invasive species wandering further from their normal homes. One theory is that the animal was bought as a pet and then abandoned in a local waterway, as happened when some pacu were found in Lake Michigan.