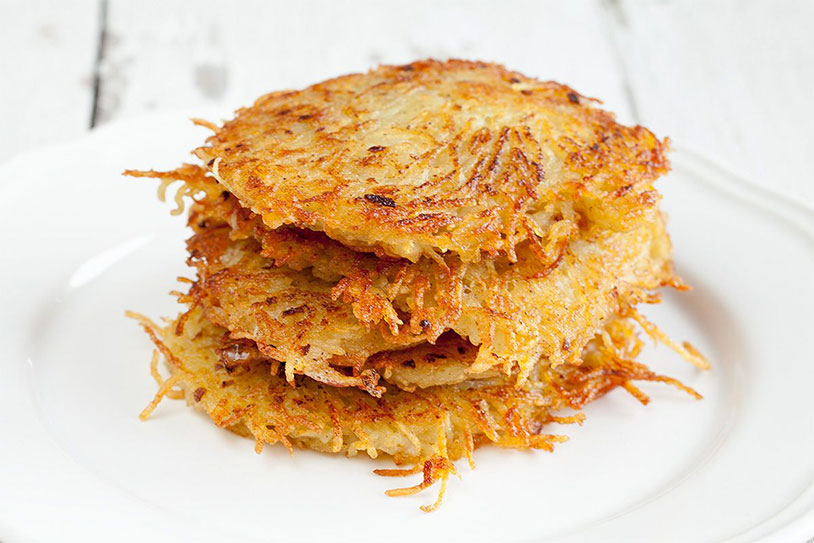 Food contamination is no laughing matter, but the story coming out of McCain Foods USA is just bizarre enough – and balls-related enough – to catch our attention. Apparently selected bags of Roundy’s Frozen Southern Style Hash Browns and Harris Teeter Frozen Southern Style Hash Browns have been discovered with “extraneous golf ball materials” mixed in with the potatoes.

Let’s step back for a second and ask exactly how the hell this happens? Are the hash browns being made in a factory that also makes golf balls, because that seems really unsanitary? Or were the potatoes picked from a farm next to a golf course or a driving range? One would think that modern farming technology could tell the difference between a spud and a golf ball, although we’ve been unpleasantly surprised before.

And, finally, exactly how much “golf ball material” qualifies as “extraneous?” We’ve all heard that rumor that there can be up to 3 rat turds in a can of beans or whatever, so was there a point in which there was only trace elements of golf ball in the bags of hash browns and Harris Teeter still sold them?

Whatever the cause of this deeply bizarre mix-up, McCain has pulled the product from shelves and is urging customers to check the UPC codes on bags they have at home. Eating the contaminated hash browns could cause choking.

Hat tip to AL.com for the story.