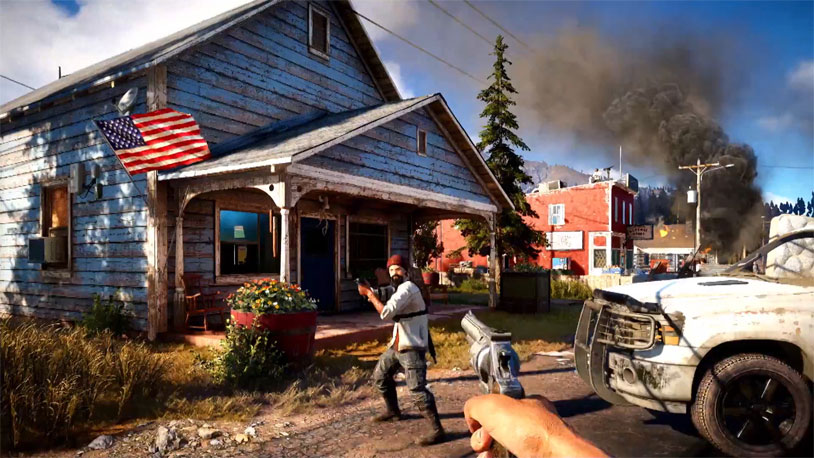 Ubisoft’s Far Cry series has a gimmick – they take the player and put him in the middle of a hostile environment to deliver fish out of water tales of violence and survival. Previous games have taken place on remote Pacific islands and the distant past, but the upcoming Fa Cry 5/em> takes a different tack, plopping you down in the midst of rural Montana to deal with white supremacists and country bumpkins.

A new preview of the game features 30 minutes of gameplay that shows the franchise is embracing its anarchic new direction. Taking place in the rural community of Hope Falls, one of the missions your character can take on puts them in the middle of the town’s annual Testicle Festival, where bull balls are fried up and eaten by hungry attendees. Regular readers of the Ball Report know that testicle festivals are a real thing all across the country, so it’s pretty cool that Ubisoft has replicated them in the digital world. No word yet on whether munching balls gives you a health refill.