These Fossil Balls Are One Billion Years Old 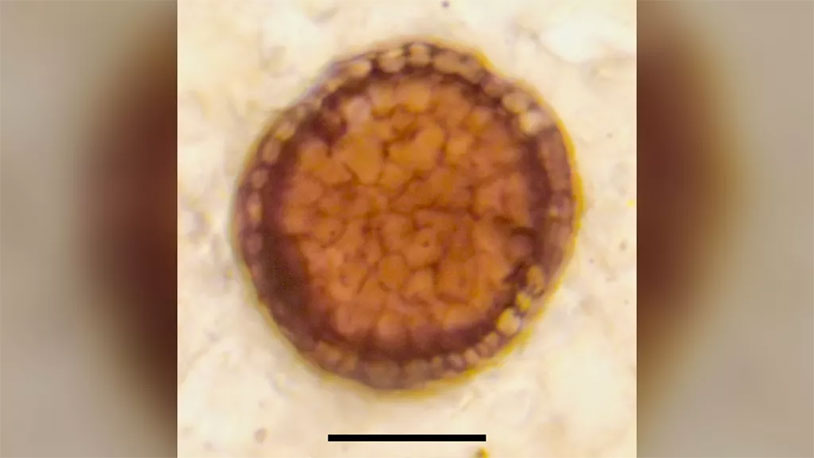 Earth’s history is a massive book in which the human race only occupies the last sentence or two. The development of life has been a long process that has seen evolution from incredibly primitive creatures, and a new fossil discovery shows that process began over a billion years ago.

Spherical fossils excavated from sediment that was once at the bottom of a lake in the Scottish Highlands have given scientists a remarkable peek into the earliest life on the planet. The tiny orbs are constructed of two unique types of cells – a thick, sausage-shaped barrier around the outside and round, tightly-packed cells with flimsy cell walls in the middle. These are the earliest multicellular biological fossils ever found on the planet.

While the general consensus has always been that animal life began in the depths of the ocean, the discovery of a fossil in this location draws that hypothesis into question. Obviously more work needs to be done and there are more finds to be made, but the chronicle of life on Earth just got a little bit more interesting.

“The origins of complex multicellularity and the origin of animals are considered two of the most important events in the history of life on Earth,” said lead study author Charles Wellman. “Our discovery sheds new light on both of these.”