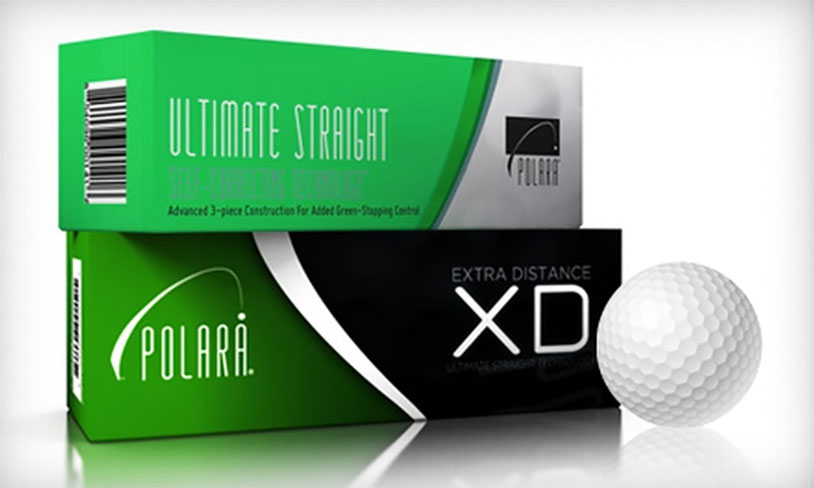 No matter how good a golfer you are, there’s always going to be that tiny little twitch that causes balls to imperceptibly slice away from where you want them to go. Practice and natural ability can reduce that tendency, but a new ball from Polara promises to do even more than that. The Ultimate Straight balls are advertised to cut 75% off of the swing of your stroke.

It’s not a miracle tool – there’s an arrow on the ball that needs to be pointed at your target from the tee, so if you have to hit it where it lies you’re out of luck and it’ll travel like an ordinary golf ball. But for your drives, the Polara can really make a difference. It’s not powered by a microchip inside – rather, it’s more subtle. The pattern of dimples on the ball’s surface aren’t uniform like an ordinary golf ball. Instead, they’re varied to arrest side spin, with the shallowest indents at the top and bottom of the ball.

Of course, the Ultimate Straight balls aren’t kosher for professional play, or even a game with your friends. But it does raise the question of where the cutoff point is for technological advances in golf equipment? If it’s cool to bring a newly-designed putter made of some sensitive miracle material, why can’t balls do the same?

Read more at Give Me Sport.