These Power Balls Could Change The Way We Harness Nuclear Energy 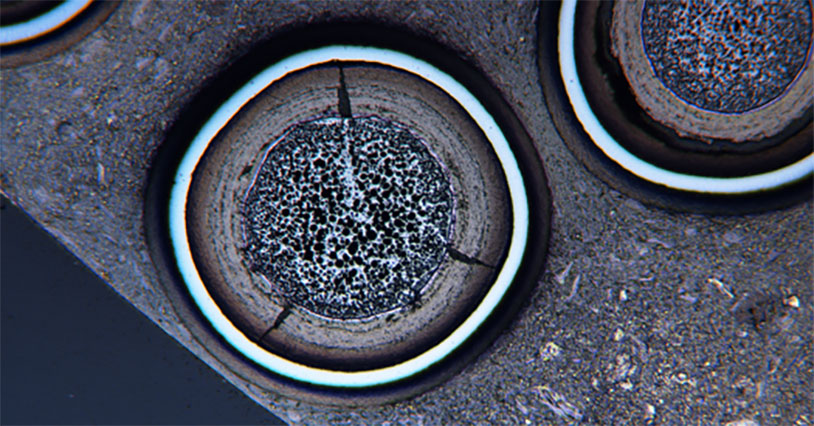 As our traditional methods of extracting power from the Earth’s natural resources look to drive us closer to climate-related extinction, scientists are valiantly working to figure out new, non-polluting methods of fueling our industrial society. A new breakthrough in nuclear energy caught our eye, because it comes in little balls.

They’re called triso particles, and instead of the nuclear fuel coming in big chunks of uranium, the radioactive material is dissolved into tiny units, each of which is wrapped in a protective shell of graphite and silicon carbide. That layered shell allows the uranium inside to express its radioactive properties and generate heat to turn turbines, but it also prevents the material inside from melting down and creating a disaster like the kind we saw at Japan’s Fukushima plant.

These particles can withstand temperatures of over 3,200 degrees Fahrenheit – more than three times the heat that today’s reactors operate at. Proponents of nuclear energy have long argued that the advantages outweigh the risks, and triso particles could help that become an even easier argument to make as the world transitions away from fossil fuels. Reactors using triso particles are expected to go online in the next decade. Maryland-based X-energy has already been running a pilot program at the Oak Ridge National Laboratory, encasing a payload of triso particles inside a sphere the size of a billiard ball.