They Found Alan Shepard’s Golf Ball On The Moon 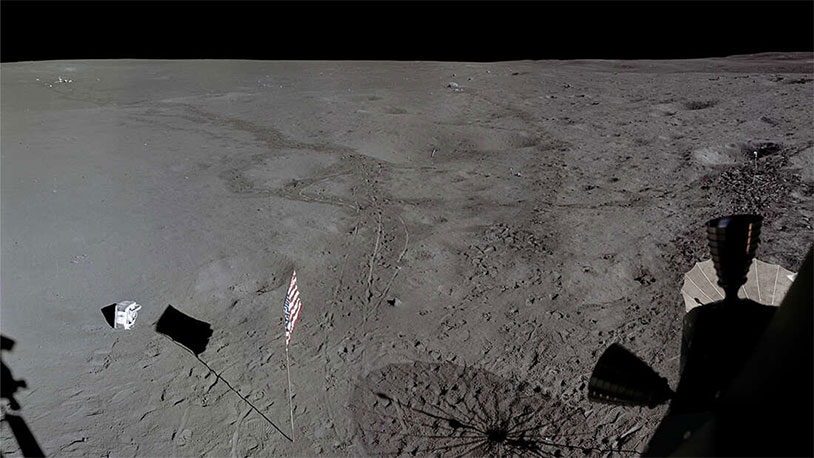 One of the greatest American accomplishments of the 20th century was the feat of launching men into space to walk on the Moon for the first time. Leaving behind Earth’s gravity was a triumph of science that energized the world, showing that there was a new frontier that ingenuity and hard work could overcome. When those first astronauts landed on the moon, they conducted a number of experiments and gathered samples, but they also left some stuff behind.

One of the most notorious moments came from Alan Shepard, who had packed along some golf balls and a six-iron head. He clamped that head onto the shaft of a sample collection tool and took a big swing to see how the Moon’s lesser gravity would affect his drive. Shepard hit three balls, with difficulty, and the third disappeared from sight, with the astronaut saying it flew “miles and miles.”

Image analyst Andy Saunders decided to try and find out exactly where that golf ball ended up, and by processing the original footage from the Apollo mission he was able to trace its arc and estimate a final distance of 40 yards. Not very far at all by Earth standards, but considering Shepard was swinging without the benefit of Earth gravity, in a full spacesuit, just hitting the thing at all is an accomplishment.