This 5,000 Pound Ball In An Ohio Cemetery Seems To Be Moving 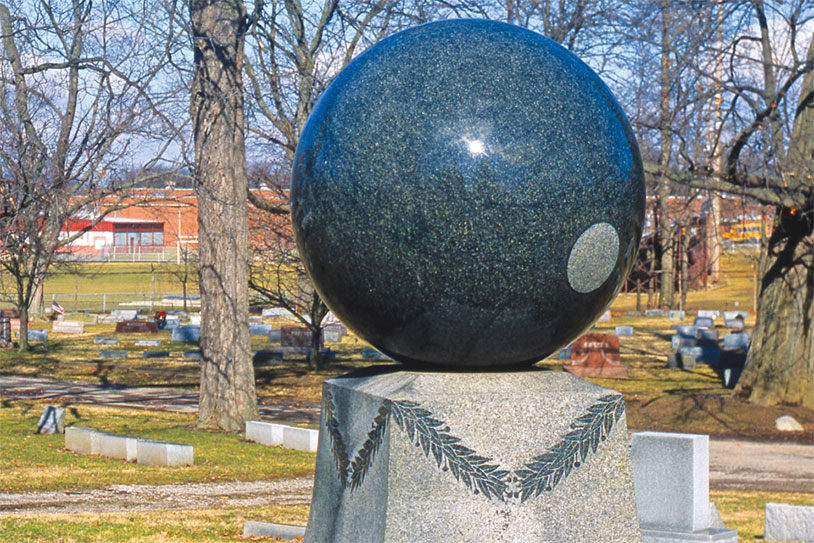 This world is full of mysteries and unexplained phenomena, and sometimes those things intersect with our business at the Ball Report. Let’s travel to Marion, Ohio, where a massive stone ball in a cemetery has befuddled locals for generations because it just keeps moving.

The Marion Ohio Cemetery was dedicated 160 years ago and is one of the largest areas of its source in the region. But one specific memorial draws hunters of the weird from all over the country. In the 1890s, the Charles Merchant family erected a five foot tall pedestal and installed a five-ton granite sphere atop it. The plinth is surrounded by similar smaller orbs that designate other Merchant family members buried there.

The large orb is beautifully polished over its entire surface, except in one location, where the granite is raw. That spot, a few inches in diameter, was originally placed at the base of the ball, never to be seen by human eyes. But something weird is happening, because the ball seems to be rotating in its setting, causing the unpolished spot to spin to the top half. The ball has been seen in different positions continually over the last century and change, and nobody has an explanation for why or how it is moving.