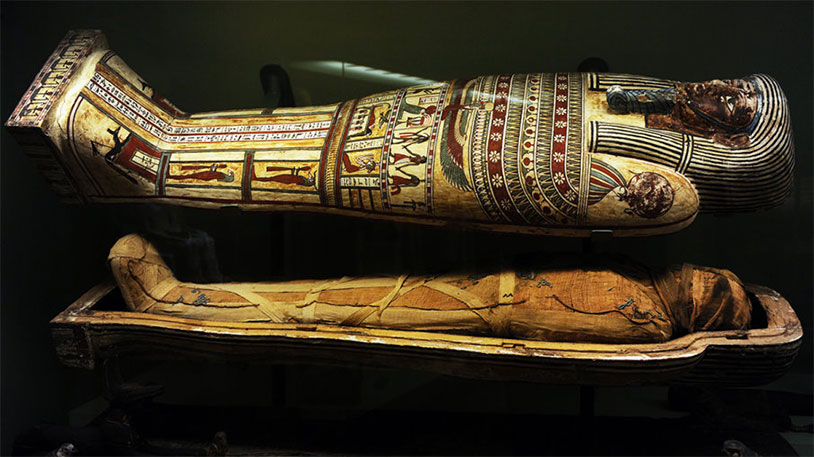 Well, maybe not that specific ancient Egyptian, but a different one. We couldn’t find a good picture. A recent discovery of preserved Egyptian corpses that showed markings of various cancers has given the scientific community something to chew on.

A graveyard of 1,087 corpses was excavated near the Dakhleh Oasis recently, and they were put through a pretty intense screening to determine the kind of environment they lived in. Unsurprisingly, several of them were found with signs of cancer – ovarian, rectal and most interestingly testicular. But it’s the proportions that interest us. From the article:

“Two younger women with cervical cancer, and a man with testicular cancer, which have all been associated with HPV; and an older mummified man with colorectal cancer, an older woman with metastatic carcinoma, and a toddler with leukaemia.”

Six out of over a thousand is a significantly smaller fraction than in modern samples. The explanation for this is still unclear – of course, people lived to a younger age back then, but the levels of environmental pollution and toxicity were also lower. Another interesting theory links the HPV virus – which has been linked with cervical cancer – to these cases. It definitely gives us something to chew on.