This Barefoot Ball Collector Is Something Else 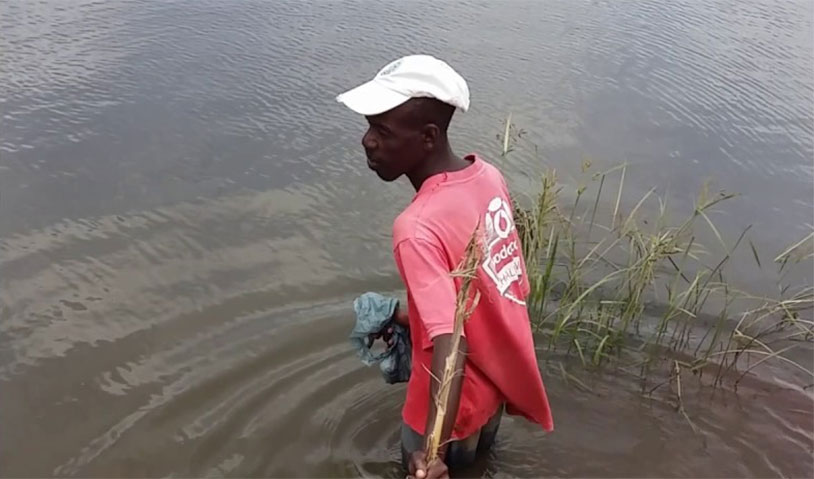 One of the most popular suburban jobs for enterprising young kids is to haunt the local golf course and retrieve balls that have been hit into the woods or the water. Returning them to the clubhouse in large enough numbers can earn a pretty penny. It’s usually a career you grow out of, but for Sam Nkwana it’s been a lifelong job as the barefoot ball collector of Polokwane.

The Polokwane Golf Course was built in the late 1800s, at the same time as the town around it. With generous fairways and lush greens, it’s a popular South African destination for golf. It’s also a strong contributor to the local economy, with people employed in a variety of positions. Sam Nkwana isn’t an official employee of the course, but for the last 20 years he’s been working the water hazards there.

Nkwana’s method is a little unusual, though. In most parts of the world, ball collectors use little nets to scoop up and retrieve them. But Sam depends on no tools but his tootsies. Walking through the water barefoot, he grips onto lost balls with his feet and lifts them up. He carries a long stick to measure the depth of the water, because he can’t swim. “I can make up to R100 on a good day and I use that money to provide for my family. It is not a glamorous job but it’s a job none the less,” he says.

Here’s some video of Sam in action.