This Bizarre Civil War Story Will Hit You In The Balls 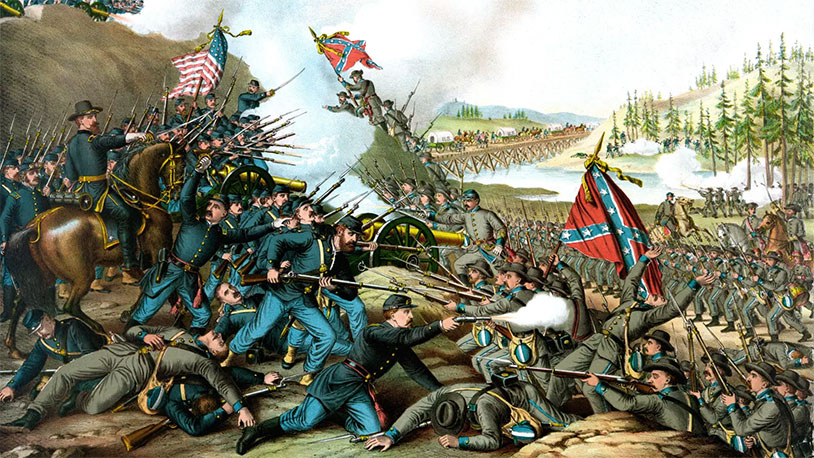 Let’s venture back into history for a testicular tale that seems too bizarre to be true, but a lot of wild stuff happened in the days of the Civil War. The story is passed down second-hand by a columnist for a local newspaper, who says they read it from Mississippi historian and author Gordon A. Cotton. It happened in May of 1863, in a battle near Raymond in that state.

Allegedly the Union and the Confederacy were having it out about a quarter-mile from a house where a woman and her two daughters were standing outside, watching the battle. A doctor named W.G. Capers was on the scene, and during the fracas he saw a bizarre sight as a soldier fell as if he’d been shot at the same time as a woman screamed. Capers rushed to the side of the young man to find he’d been shot in the leg, but the rifle ball had rebounded off of his bone and passed through his scrotum, removing one of his testicles.

But what of the woman? Here’s where the story gets a little bizarre. Apparently the ball still had enough momentum to rocket into the abdomen of one of the daughters, where it lodged and was unable to be removed. He did what he could to stabilize her but was not optimistic as to her survival. But upon recent visits, she seemed to only get healthier – and bigger around the stomach. They soon realized that she was pregnant.

According to Capers’ Civil War diary, “Just two hundred and seventy-eight days from the date of the receipt of the wound by the Minie ball, I delivered this same young lady of a fine boy, weighing eight pounds. I was not surprised but imagine the surprise and mortification of the young lady herself, her entire family.”

Do you believe that a stray rifle ball could somehow impregnate a woman, or was this just a story the family made up to hide a Civil War indicretion?

Read more at the Greeneville Sun.