This Bull Popping His Favorite Yoga Ball Is Very Sad 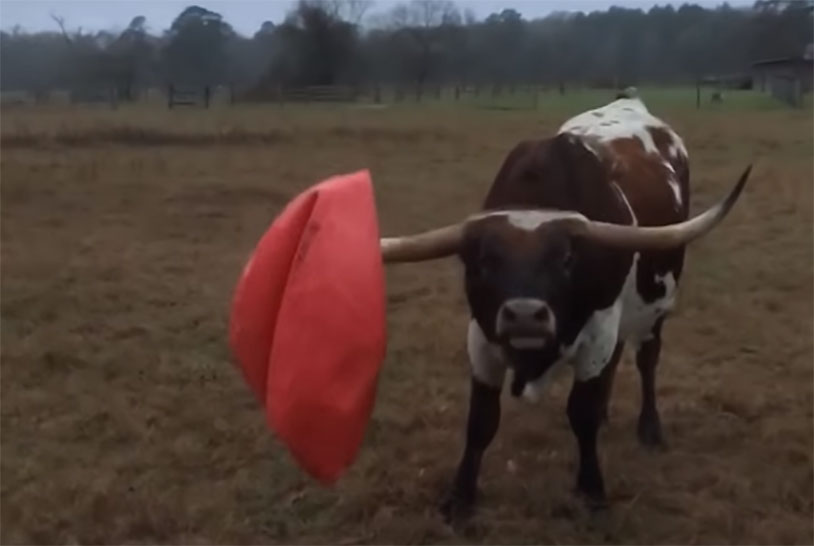 When we think about farm animals, “playful” isn’t the first adjective that typically springs to mind. But dogs and cats aren’t the only critters that amuse themselves, and we’ve seen lots of examples proving it. One viral video that just made the rounds shows a cheerful bull happily batting around a big red yoga ball until he gets too rough with it and it pops, leaving him distraught.

The footage comes from the Ima Survivor Sanctuary, which was previously in the news after Hurricane Harvey flooded it out and left owner Lester Murrow struggling. A groundswell of support from all over the world got him the funds he needed to open the doors, and the variety of animals he takes care of on the converted ranch are all the better for it.

The bull in the clip, a Texas Longhorn named Tex, was gleefully tossing the crimson yoga ball around until it rapidly deflated, leaving the animal very confused and upset at the fate of his playmate. Don’t worry too much about him, though – after the video started to make the rounds, multiple people mailed replacement yoga balls to the sanctuary, care of Tex. He’ll have plenty to play with for a while.