This Comedian Calls Himself The Human Chocolate Testicle 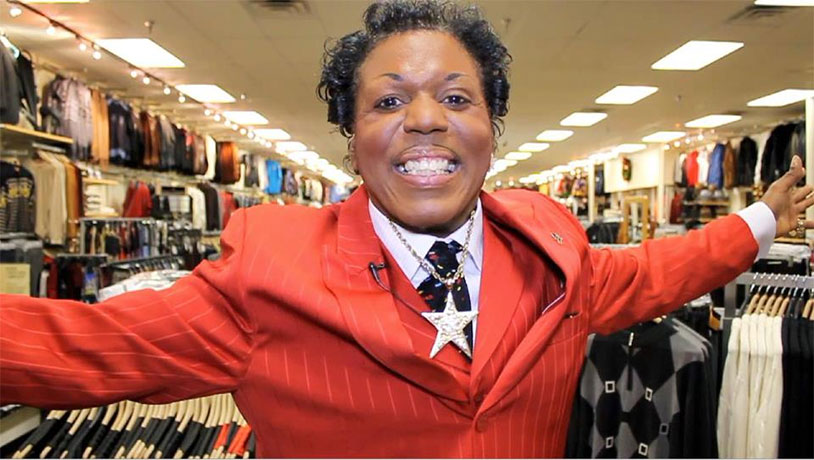 We’ve heard a lot of weird nicknames in our day, but “The Human Chocolate Testicle” is a new one on us. That’s the self-inflicted moniker of Minnesota singer Fancy Ray McCloney, a local legend who has been razzle-dazzling the Minneapolis – St. Paul area for three decades with his unique combination of comedy and a willingness to do anything for exposure. His long-running public access TV show drew a panoply of bizarre guests from across the world of entertainment. He’s a true local treasure.

McCloney has served as a pitchman for numerous Minnesota businesses, and ran for Governor in 1998. The Human Chocolate Testicle’s biggest national exposure probably came on America’s Got Talent, when he got buzzed after each and every line he spoke. Philistines.

But after thirty years in the game, the Human CHocolate Testicle still has new accomplishments to celebrate. The most recent is the release of his first comedy album, The Best Lookin’ Man in Comedy, on local label Stand Up!

To commemorate the occasion, the mayors of Minneapolis and St. Paul have declared today Fancy Ray Day in the Twin Cities. Pick up a copy of the album and have a little party in quarantine.