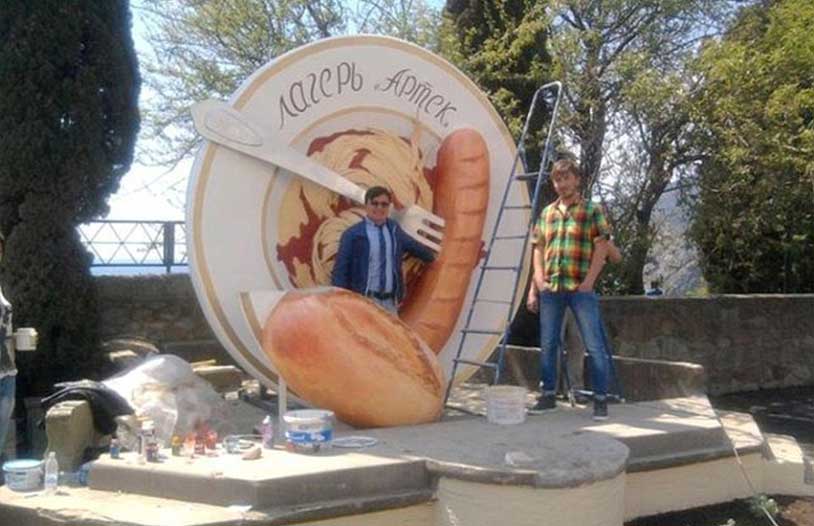 Art is in the eye of the beholder, but the eyes are seeing something in this statue at a children’s camp in Crimea that the sculptor never intended. The twelve foot tall artwork was erected at the Artek Summer Camp in the town of Hurzuf on the Black Sea to pay tribute to one of Crimea’s signature foods – the kovbasa sausage, which was eaten by Soviets during the Cold War. And what did they eat that sausage with? Why, the humble bread roll, of course.

If you were just reading these words without looking at the picture, you’d probably miss the problem. Unfortunately, locals have noticed that the display resembles nothing more than a man’s testicles and penis, with a fork going through the sex organ to make things extra uncomfortable. One Hurzuf resident, when asked about the artwork, commented “I don’t know if I could eat sausages after seeing this.”

Russia, which annexed Crimea last year, has pledged to invest over $500 million into the area’s infrastructure, but it’s unknown if they’ll keep the phallic statue.