This Doctor Amputated A Leg And Took A Testicle With It 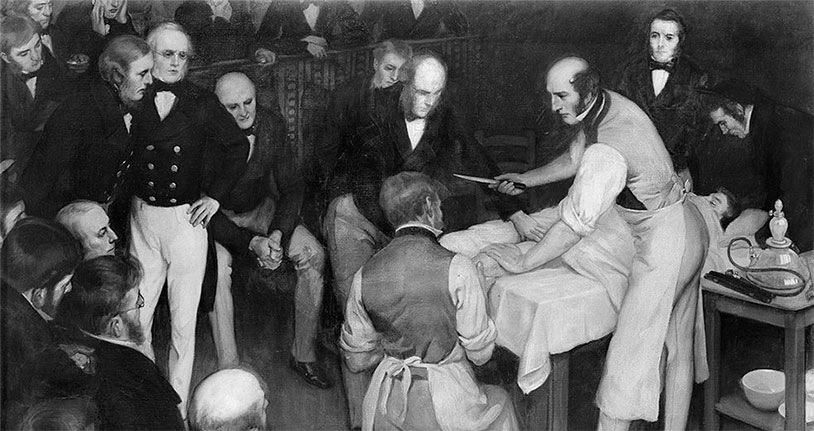 Sometimes running the Ball Report leads us down some unusual paths. We were reading a fascinating article about the history of anesthetic when it led us to the story of Dr. Robert Liston. You might not have heard of the guy, but before they invented ways to numb the consciousness doctors had to cut for speed, not precision. Liston was notorious for his incredible rush jobs in the surgical theater, being
recorded as having amputated a leg in two and a half minutes.

That kind of speed doesn’t come without consequences, though, and Dr. Liston is better known in the present day for his surgical screw-ups. During one operation, Liston managed to achieve a 300% fatality rate – he didn’t only kill the patient by accidentally nicking an artery, but in the resulting panic fatally cut the hand of the assistant and then also stabbed somebody observing in the operating theater. That’s a lot of blood for one operation.

More to our interest here at the Ball Report is a tale of Liston trying to beat his own record for amputating a leg and lopping off his poor patient’s testicle along with it. Needless to say, the patient wasn’t pleased, but at least he survived. Liston was around for the introduction of chloroform, the first commercially available anesthetic, and with it he got his amputation time down to 25 seconds.

Read more at The Naked Scientists.