This Donkey Playing With A Ball Will Cheer You Up 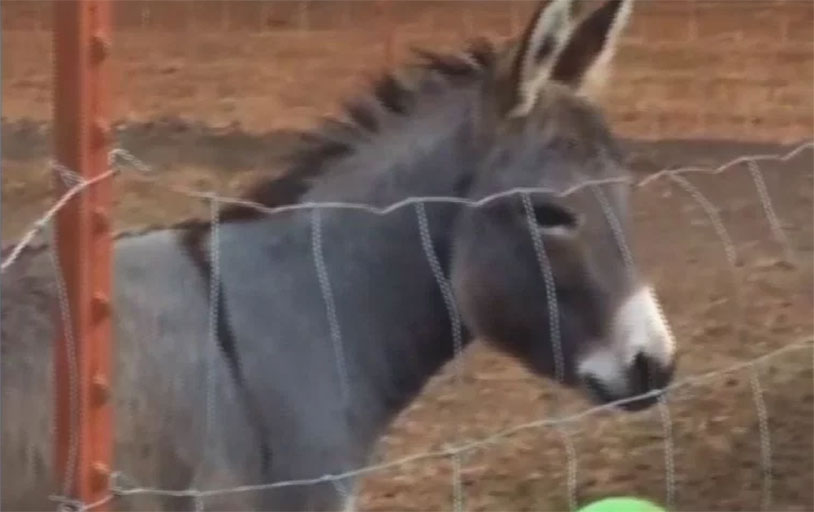 One thing that we’re learning about animals is that many of them have a love of play and recreation. While previously we considered their lives constant struggles for survival and reproduction, we’re realizing that the desire to just goof off is present in lots of different creatures besides dogs and cats. Case in point, this video from a lady in Washburn, Arkansas of a donkey just really having a blast with a big ball.

The donkey – named Donkey, because why not – lives with Debbie Schluterman in Washburn and has quite the excitable personality. Apparently his owner first started giving him milk jugs to toss around to burn off his excess energy, but they weren’t sturdy enough. So she bought a jolly ball, which they typically give to horses to keep them occupied, and he took to it like a duck to water. Check out this video of Donkey tossing the thing around.

Since the clip was taken Donkey has popped his plaything, but he seems to enjoy messing with the deflated ball just as much so don’t feel too sorry for him.